Saudi Arabia - D on his own!

D was asked to speak at a conference in Jeddah, Saudi Arabia on January 26.  I was hoping D could write this, but he is busy with work so you are getting my interpretation.  He did not have many photos (we know who takes the photos), but the few he took gave a good overview of what it was like. 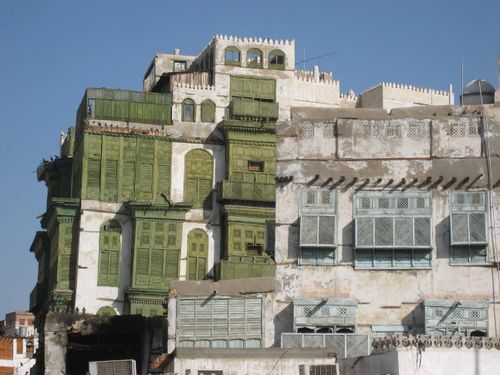 The Middle East is part of his territory.  For obvious reasons, I chose not to go.   ALL women, regardless if you are Muslim or a westerner, MUST be completely covered when out in public.  The black dress they wear is called an abaya.  They must be covered in full except for the eyes.  According to the law, they are allowed to expose both eyes out of necessity.

They must walk 5 steps behind their husbands.  They must also be accompanied by a man at all times, BUT if that man is not your husband, father, brother, or son, you can be arrested. 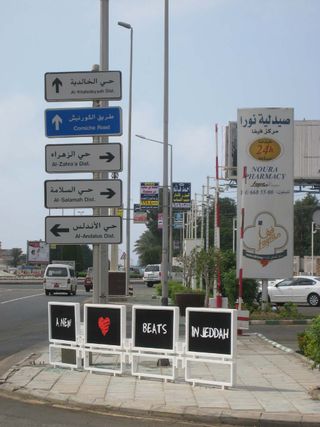 Sunday is a work day in Saudi so he traveled on Saturday.  His hotel was in the newer part of the city.  There were very modern building with very expensive car dealerships; Lamborghini's, Porsche's, BMW, Mercedes, etc. 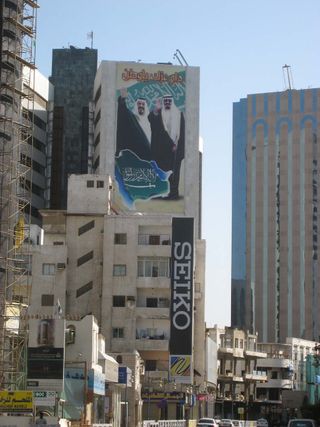 Shopping malls are large and there are plenty of them.  But D said most were high-end western stores.  Shopping is a big activity there.  We were guessing because drinking is forbidden so there are no bars and because it is so hot and humid. 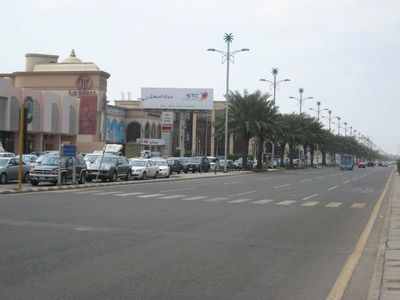 The old juxtaposed with the new. 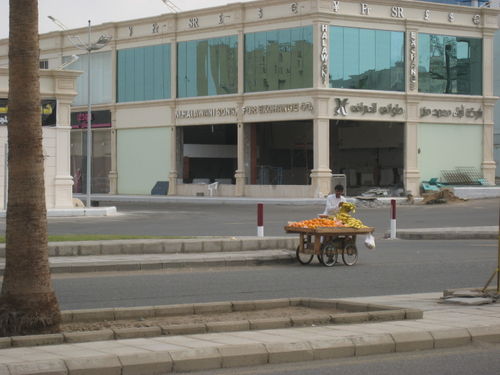 A mosque in the newer part of the city, 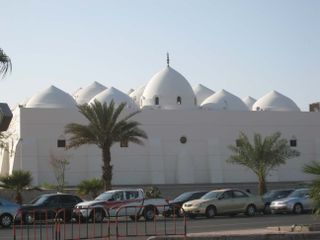 On Sunday he had some free time in the morning so he took a taxi to the old part of Jeddah.  The ancient part of the city had interesting buildings, but was rather poor; and was a stark contrast to most of the rest of the city which had a very wealthy feel. He said he was THE ONLY westerner, but he felt safe.  However, he did not feel comfortable taking photos unless it was obvious he was taking it of a building. 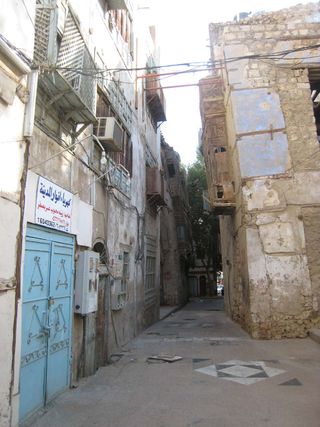 No one spoke English.  I asked him how he was able to get a cab back to the hotel, he said that was not a problem.  Every cab that drove by thought he wanted a ride (being the only non-Saudi) so they slowed down to pick him up.  He just waved them on.  When he was ready to go back, all he did was raise his hand. 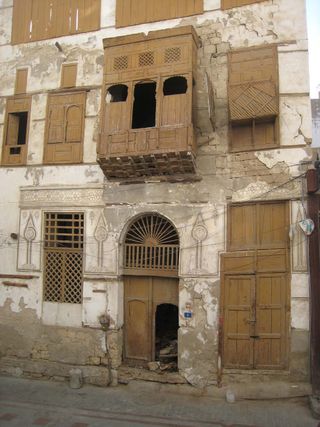 I found the buildings fascinating and very different from any we have seen in other countries. 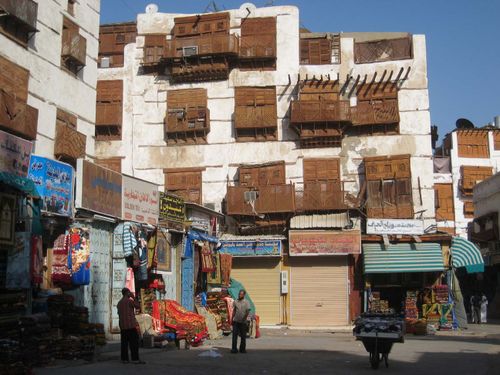 I read that all of the windows are covered so that men cannot see the women inside. 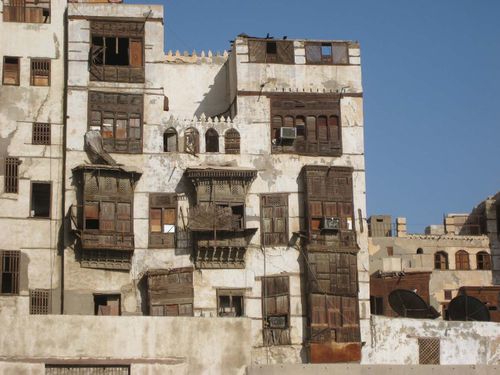 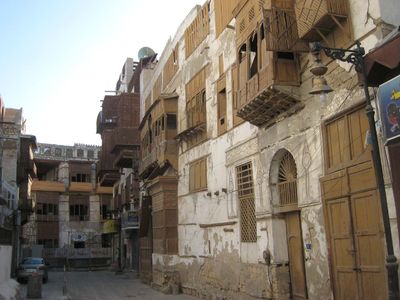 It was a fascinating trip for him.  All I can say is, I am glad he is home!