Home Archives Profile Subscribe
The Philippines - the shortest trip post ever
The magazine arrived! We are published! 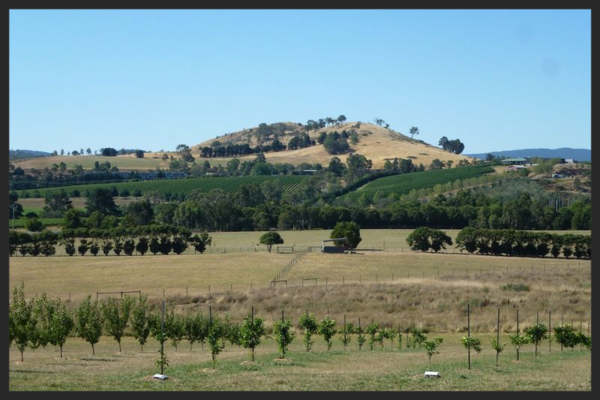 We have not been to Australia and D had a 4-day weekend for Chinese New Year, so we decided to hop on a seven-hour flight to explore it   :   )

We had a fun time.  We think we could live in Melbourne - cozy neighborhoods, coffee culture, and great food.  But as a place to visit - not too much to do but drink coffee and eat  :   ).  We did have THE BEST poached eggs that we have ever eaten, at a restaurant called Hobba. 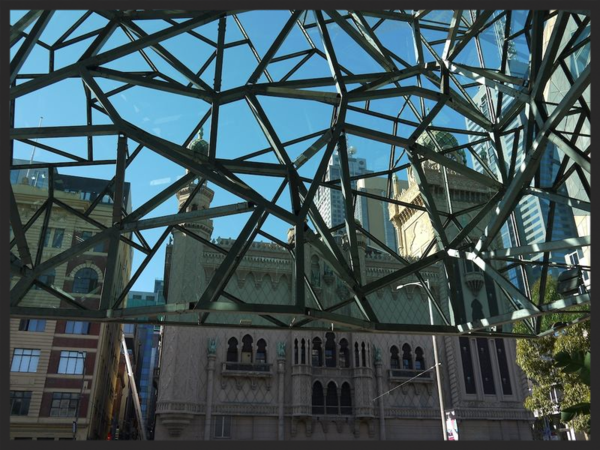 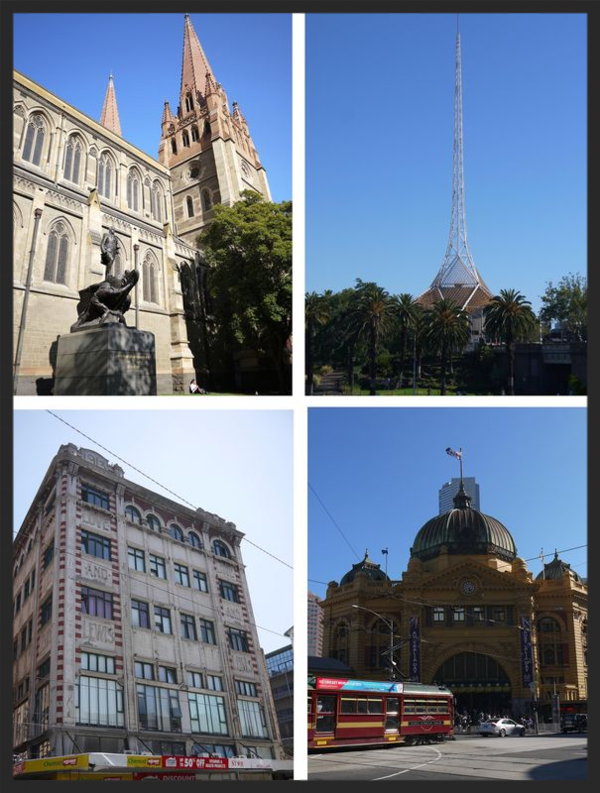 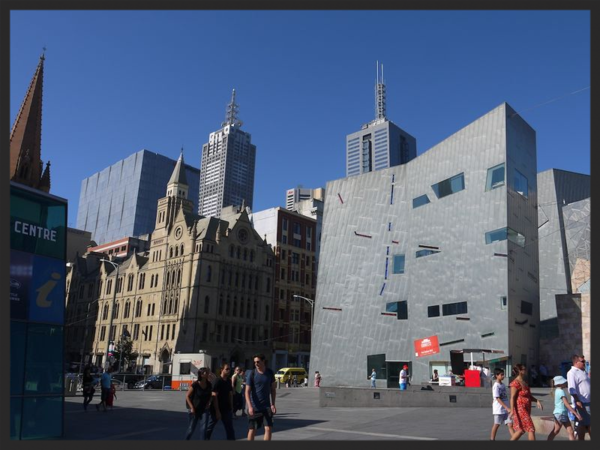 There was quite a bit of graffiti, but in isolated locations.  We even saw kids out in the day spray-painting.  We think that as long as they were in the designated areas, it was legal. 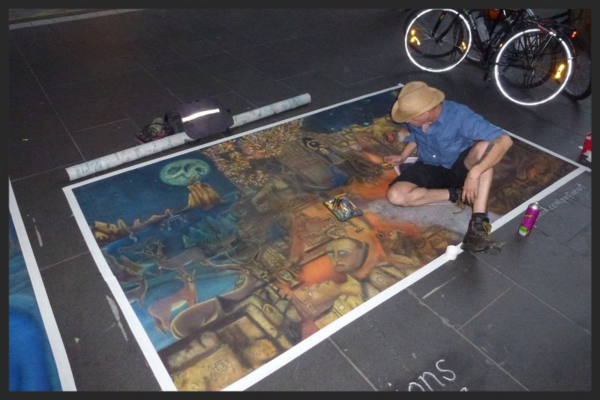 Yarn Bombing is a form of Street Art in which items are knitted for unlikely objects or places throughout urban surroundings.   The good thing about this type of street art is it can be easily removed if necessary, unlike graffiti.

This one was organized through the city and created by Yarn Corner - titled "Yarn Corner Stitches Up City Square".  It was colorful and fun to see. 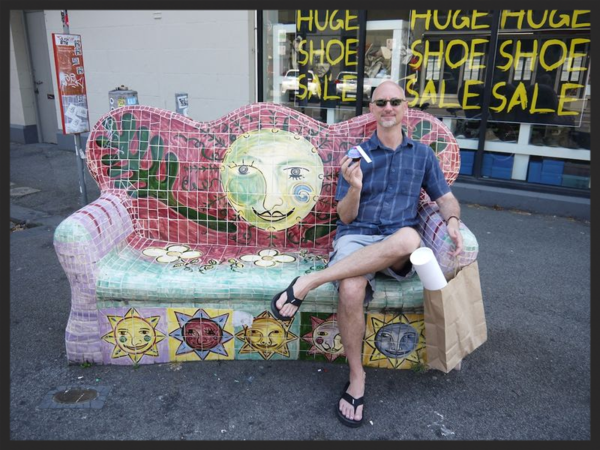 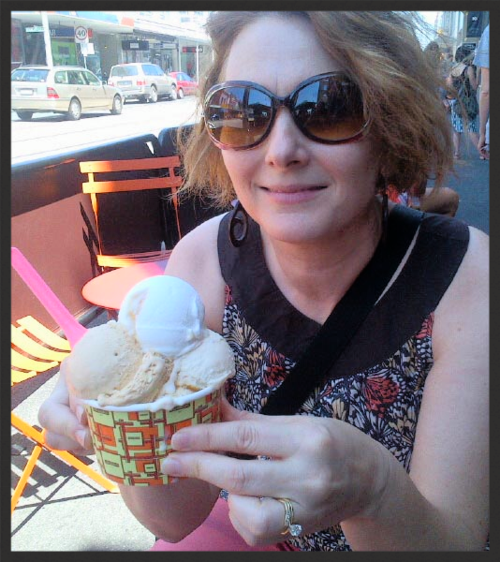 Yarra Valley is a one-hour drive from Melbourne and is a famous wine region with over 80 vineyards.  We rented a car and spent the day in the area.  We took the route through the Dandenong Ranges and were surprised at how beautiful it was with unusual landscape.  The forest was stunning with unique ferns growing under the tall, tall trees. 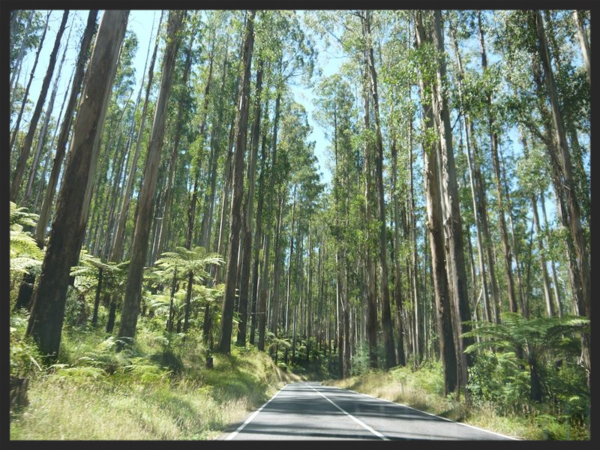 The landscape varied significantly within just a few miles. 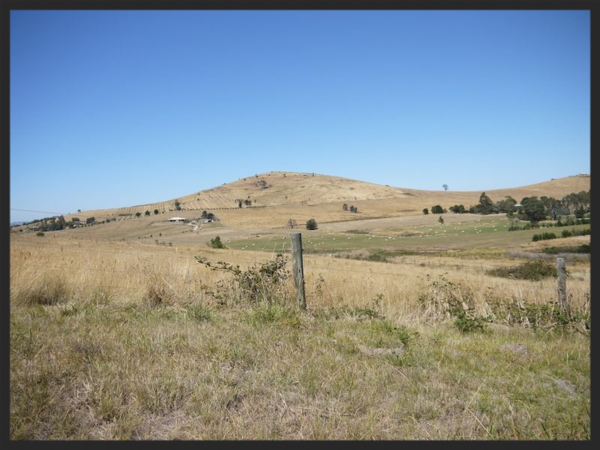 And meticulously maintained vineyards.  It reminded us a lot of Napa Valley in California. 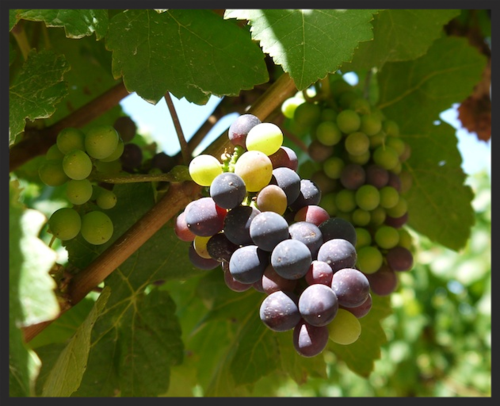 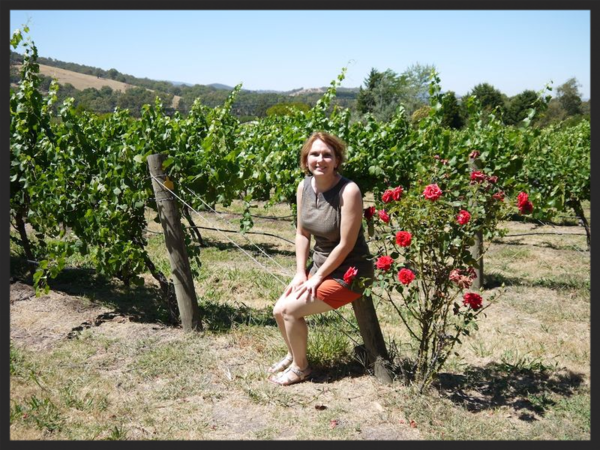 The temperature reached 106 while we were there.  Pretty hot, although it was a dry heat unlike Singapore's humid environment.

We enjoyed our visit to Australia - and I did get to see one kangaroo (my goal); unfortunately, he was sleeping on the side of the road  :   (

Cathy, I spent two weeks there back in the mid 200's. I liked the Yarra Valley wineries, but didn't buy much wine. Unlike Napa, most of the reds that they are selling still needs to be cellared. Little tidbit I learned was that the Yarra wineries were pioneers in recognizing the merit of the screwtop for more consistent bottling.

The highlight of my time there was eating grilled bugs and going to see the Wallabees destroy Italy at Telstra stadium.

How cool that they have designated spots for the graffiti artists. I like a lot of it so like their idea of just embracing it instead of fighting it. Loved seeing the yarn bombs and that bench D is sitting on is amazing. Would love to do a project like that some day!