Home Archives Profile Subscribe
Recap of 2012 - A Year of Adventure!
Laos: Children of the villages

There were no direct flights into Laos, so we flew to Bangkok, then to Udon Thani.  From there, we crossed the border into Laos by bus.  Udon Thani, the 4th largest city in Thailand, is known as a gateway to Laos.  Since we were not in a hurry, we opted to spend two nights there. 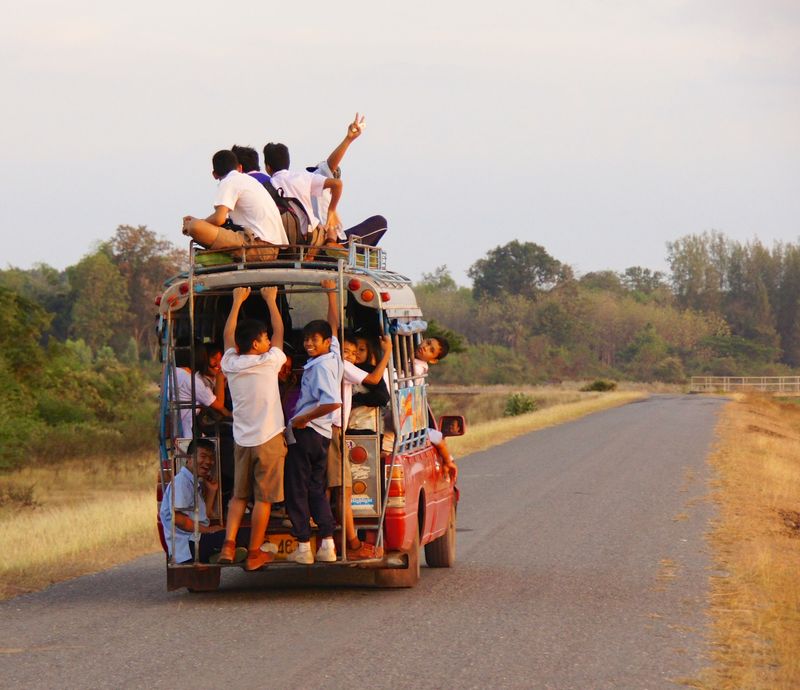 It was special for us because Don Senior was stationed there during the Vietnam War at a major Thai & US Air Force base.

We stayed in a B&B that was way off the beaten path from the main part of town.  Love the little dog in the middle and the driver is holding the baby. 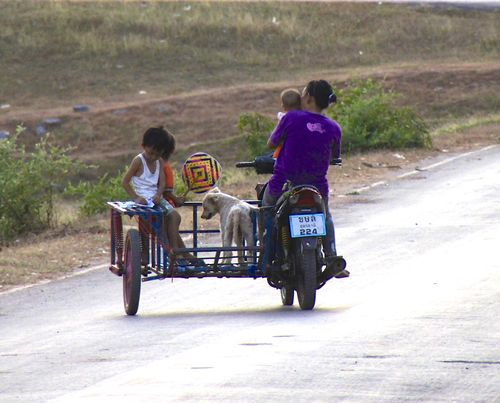 Here we are eating Belgian food.....did I say Belgian food?  Oddly enough our B&B was owned by a Belgian couple (Tony and Chris)  and Jet, a Thai lady.  Chris was an awesome cook and we were nostalgic for a little "belgian taste". 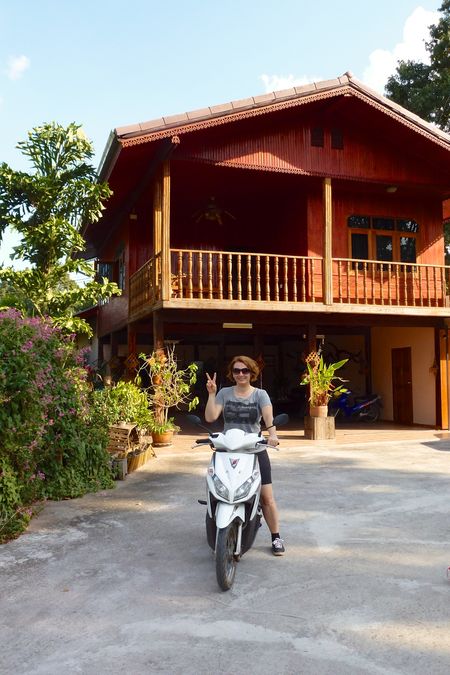 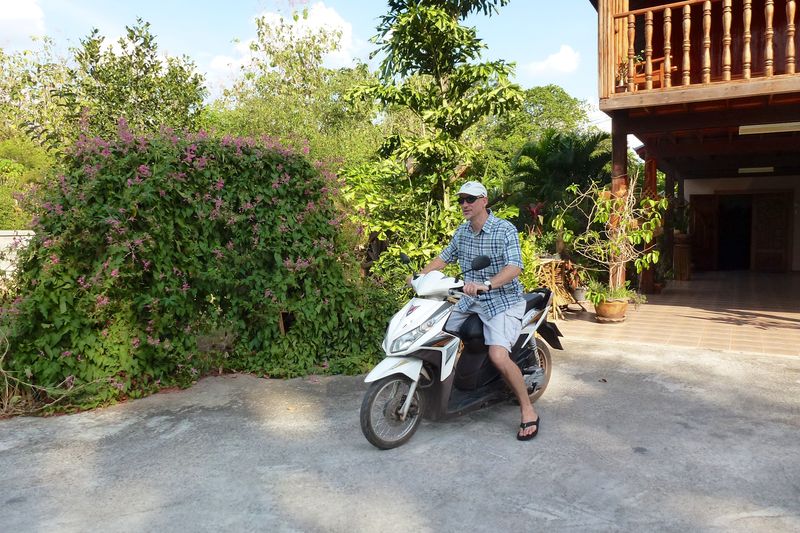 Loving this photo......free and easy! 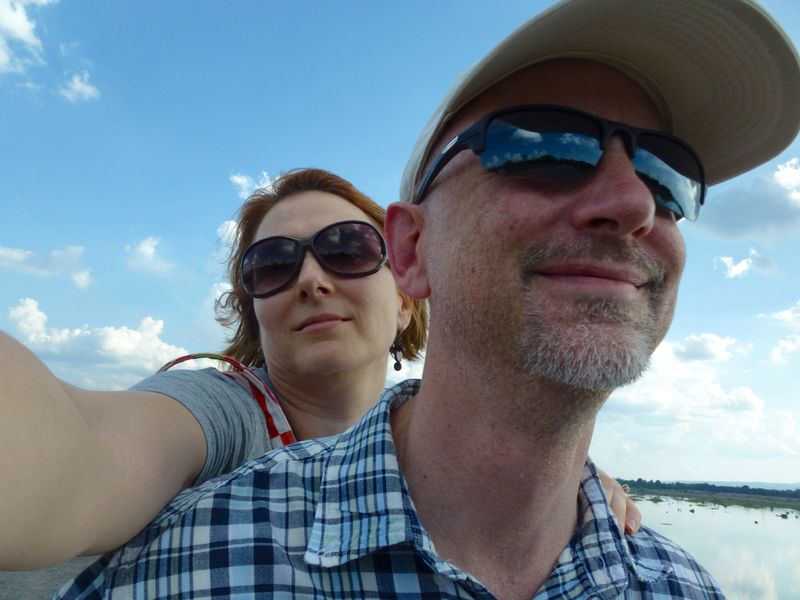 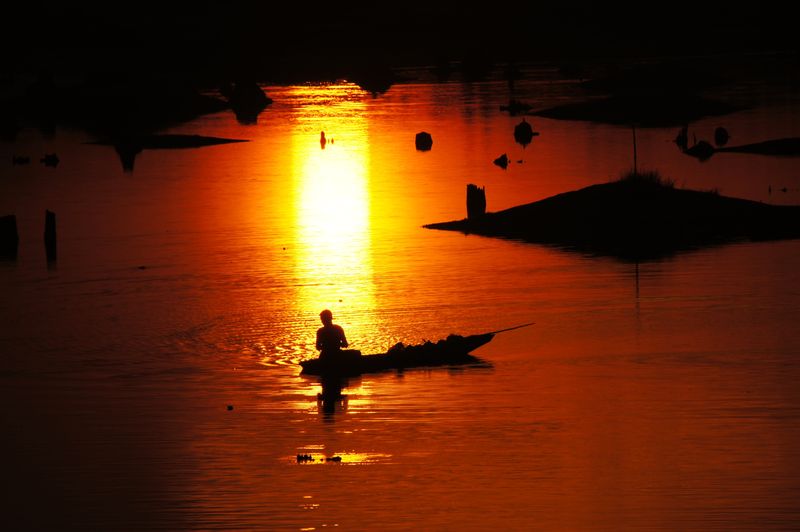 This guy was the only fisherman out on the lake that evening - it was so serene. 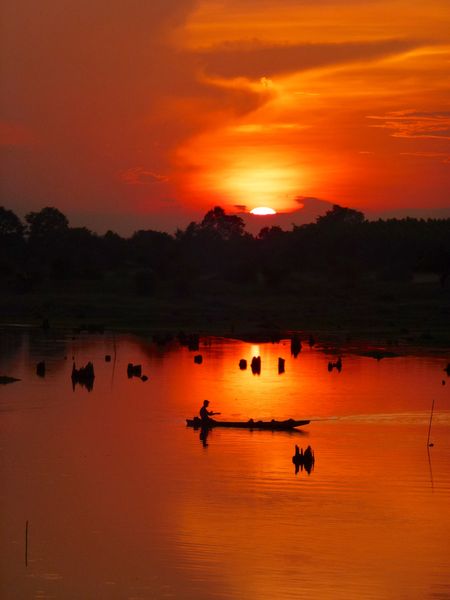 The colors were really this intense.  We took over 600 photos that evening - be thankful I am only sharing four  :  ). 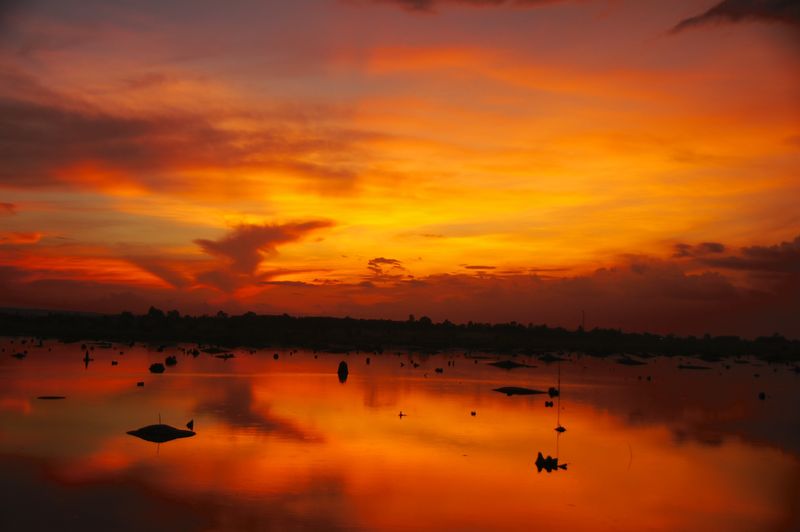 We decided it was one of the "top 5" most beautiful sunsets we have seen. 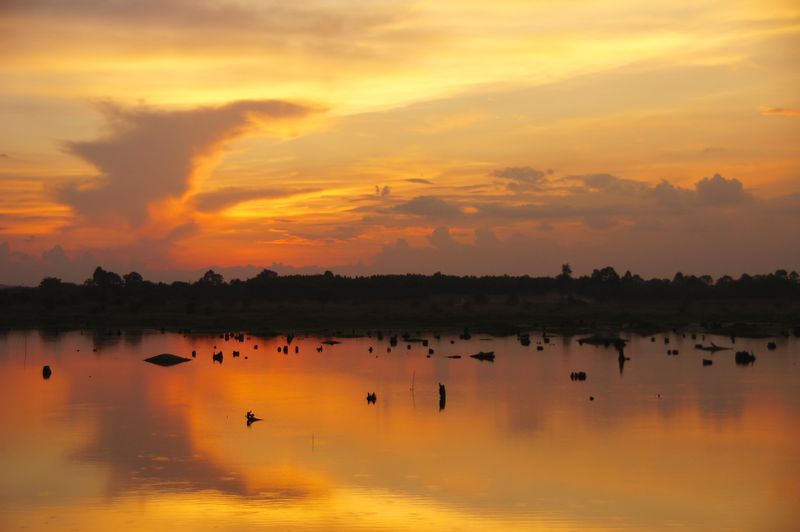 The next day we toured around town and hung with the locals.  This gentleman lived across the road from the B&B and he made beautiful baskets by hand. 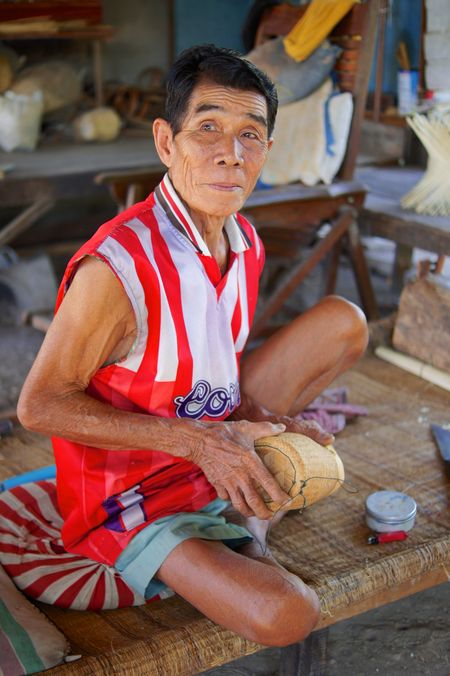 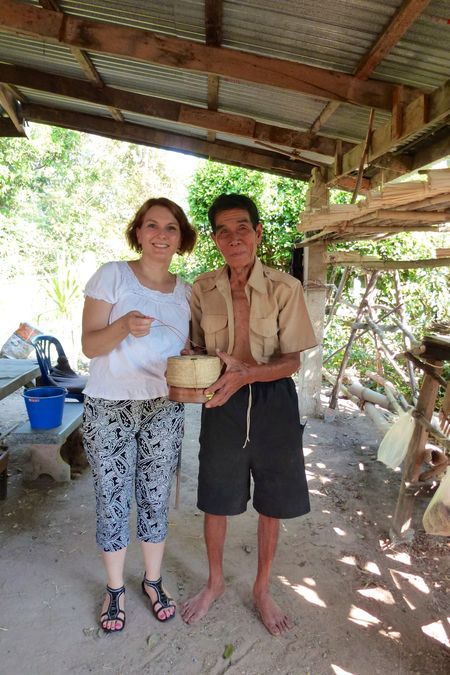 Here is a close up of the basket.  It is a very common basket in this part of the country used for serving rice.  This one was special for me since we got to meet the artist who made it. 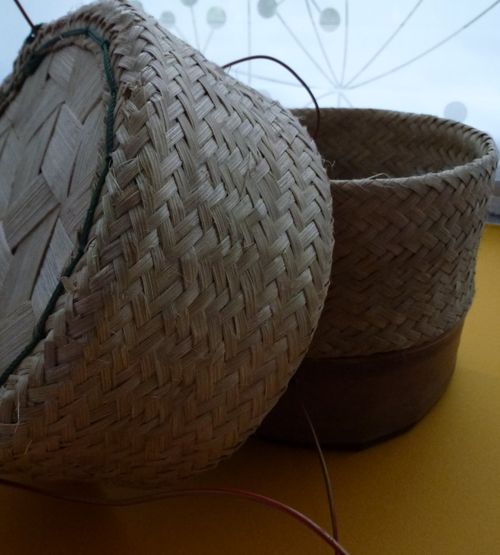 It was fun to see some of the local businesses. 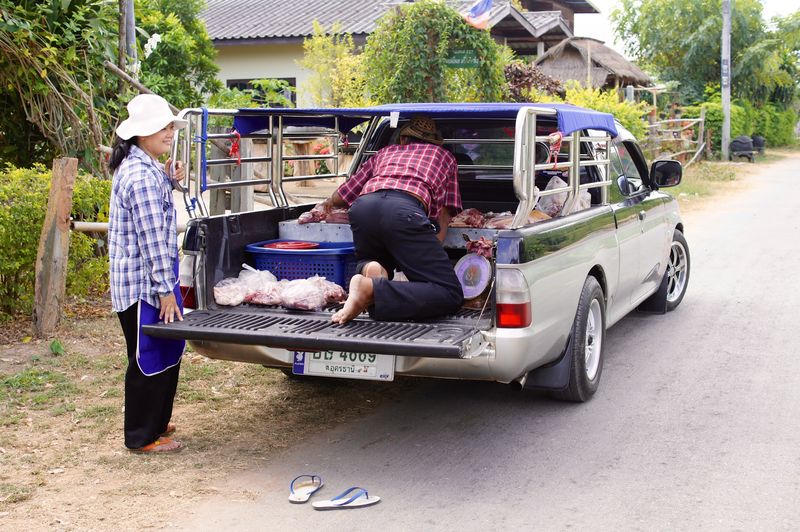 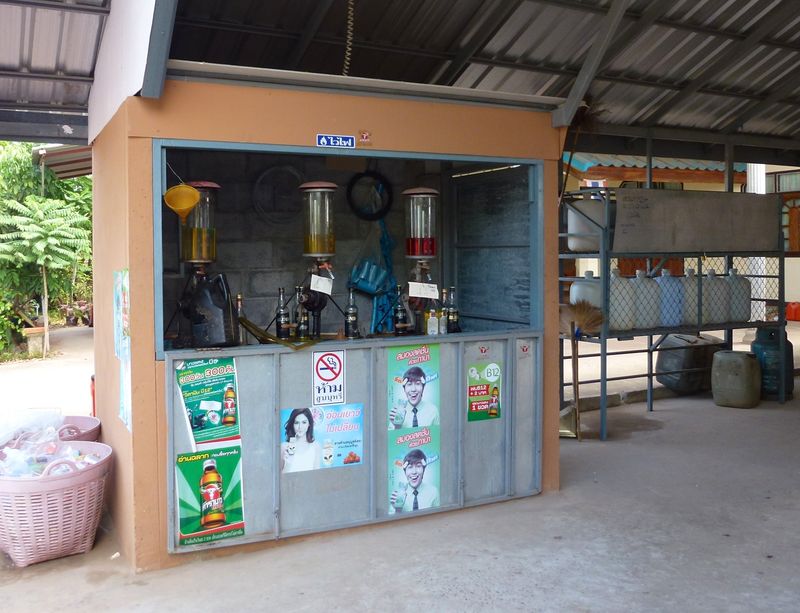 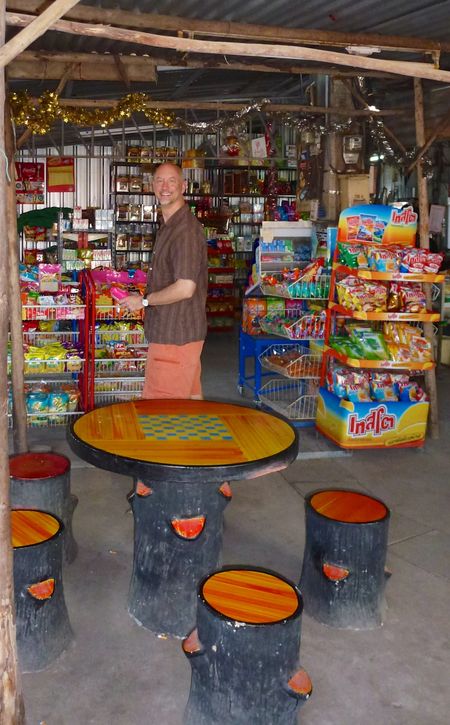 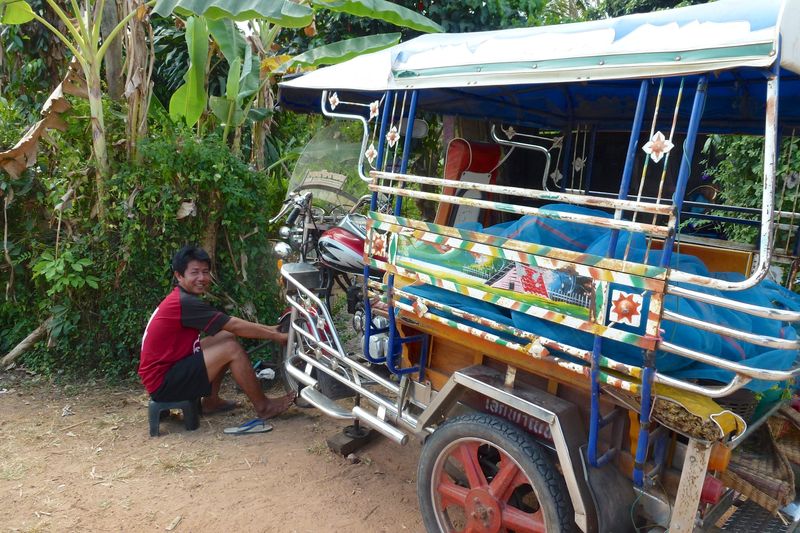 We visited a dragon fruit farm which was fascinating as we did not know how they grew.  I did a post on it back in february, click here to read more about this exotic fruit. 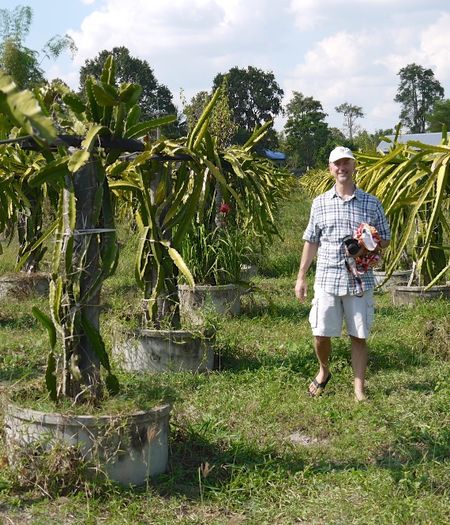 They grow on a cactus like tree.  D just read an article in Time Magazine that said this is going to be the next new "super fruit" in the United States.  Have you tasted one? 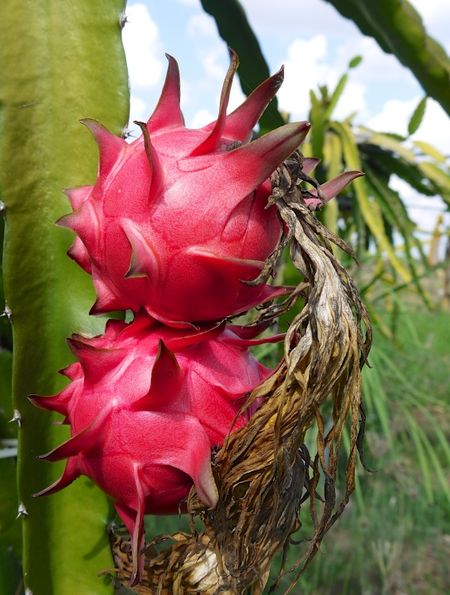 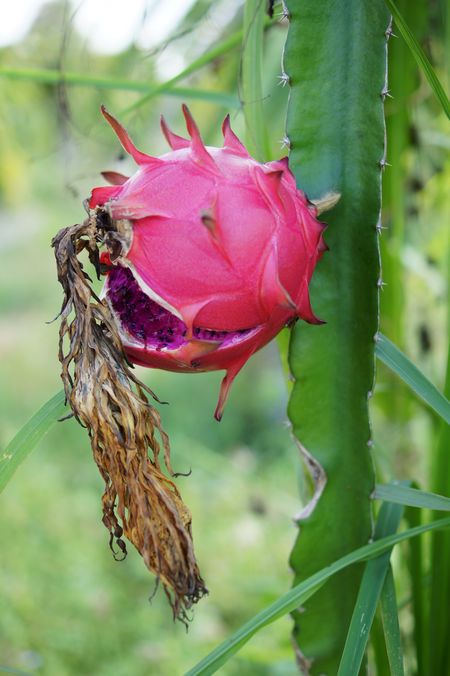 We visited a few temples.  All were very quiet with only locals. 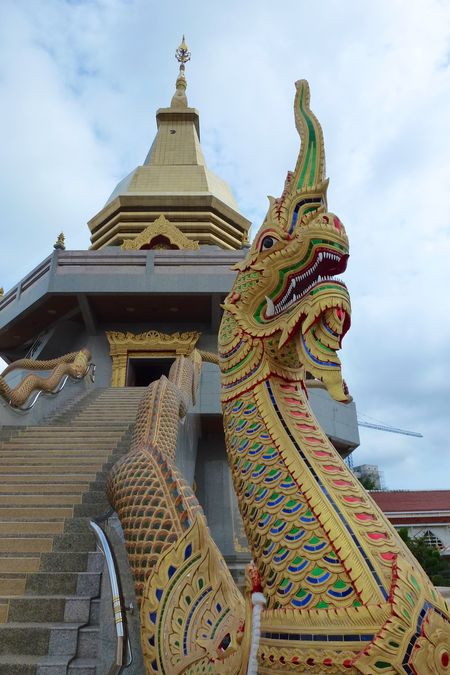 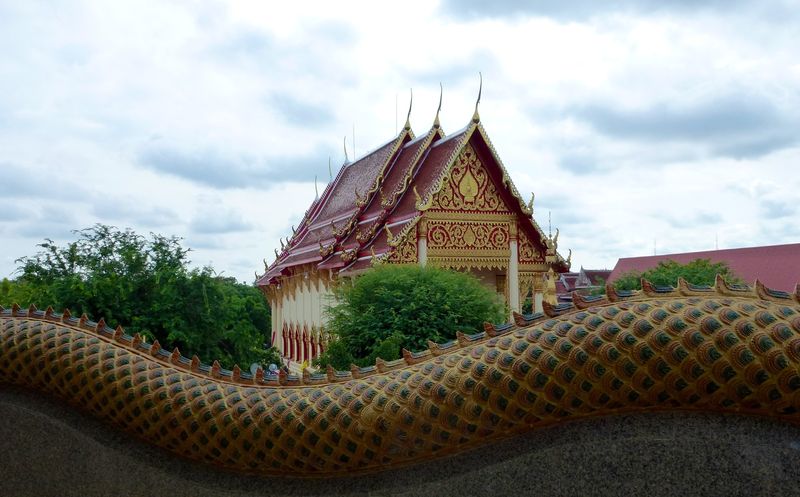 A favorite temple of the dogs! 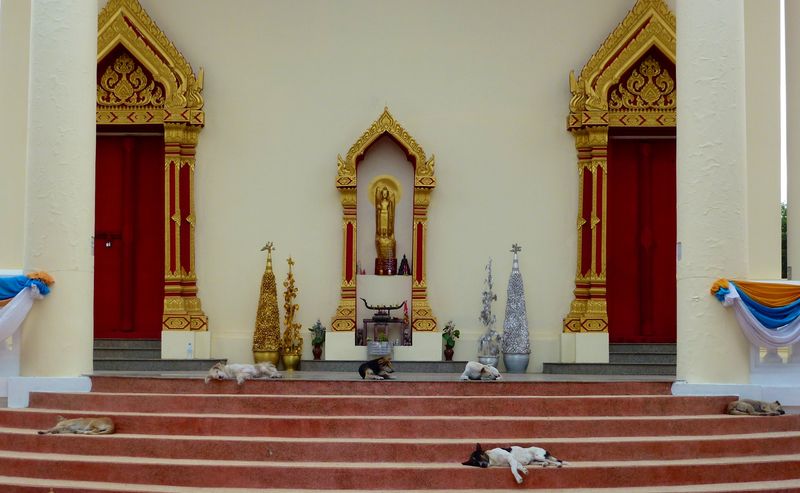 We took a one-hour bus ride to cross the border into Laos.  The bus was very local with only one other tourist.  D was taking a photo of me by the bus when this guy said he wanted to be in the photo.  Then..... 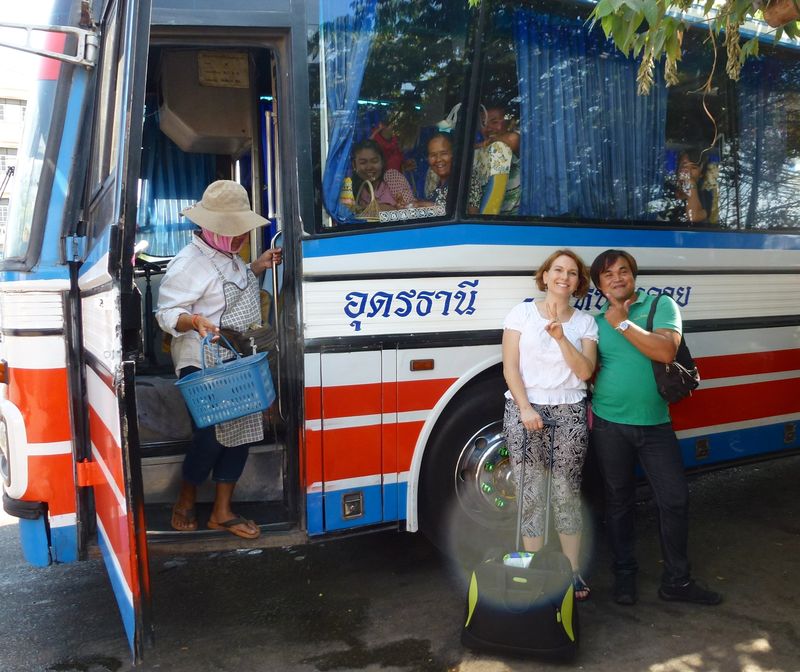 The women who was selling food on the bus jumped down and said she wanted to be in the photo too!  Look closely in the windows where all the locals are watching.  Priceless! 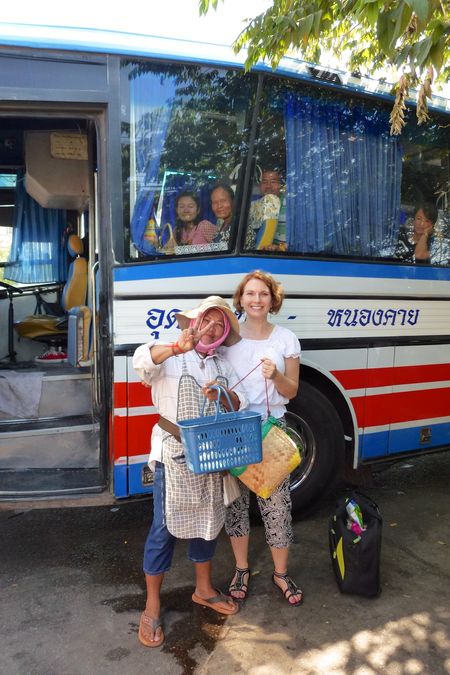 I don't blame you for taking 600 pix ~ that sunset alone was worth that many!!

Fabulous pictures. Looks wonderful, hubby and I are looking to visit Laos soon, thinking we should add a night in Udon Thani as well.