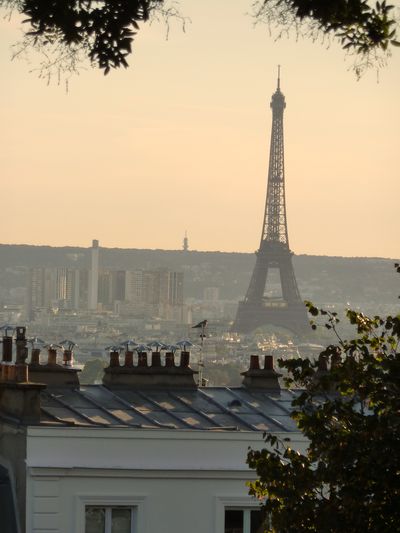 On Sunday we were in one of our preferred Brasseries eating our favorite dishes,  Mine being a mixed salad with warm goat cheese on toasted bread with ham, an easy over egg, and potatoes. 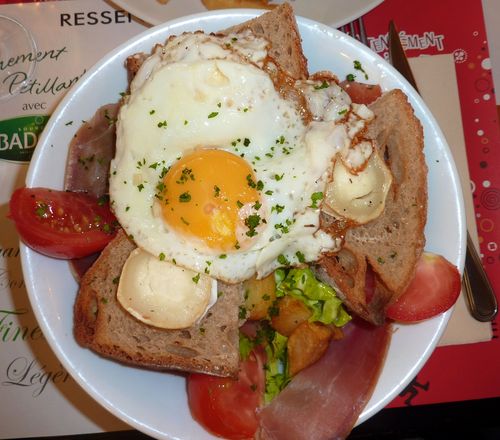 D's is steak with pomme frites. 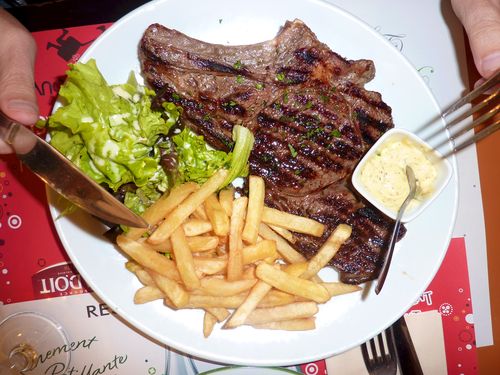 We struck up a conversation with three older french people next to us.  They were ahead of us in eating so their dessert came out while we had our main course.  They selected the one I had eyed when we walked in - Figue Tartlette.  About 15 minutes passed and we ordered ours - or we tried to order - "fini" - all gone.  OH NO.  The three saw this and knew I was disappointed so the one women shared her tartlette with us!  If that wasn't the sweetest thing. 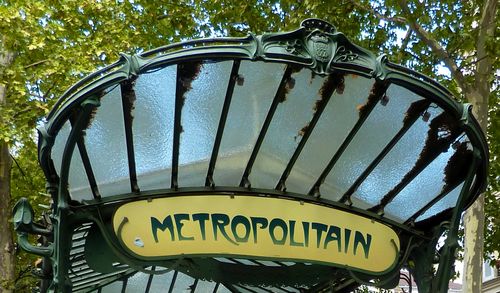 We arrived early Saturday morning.  We checked into our hotel, grabbed sandwiches made on pretzel bread and headed to one of the largest flea markets in Paris, Porte de Clinghancourt officially known as Les Puces de Saint-Ouen but known to everyone as Les Puces (the fleas).  This flea market was officially opened in 1885! 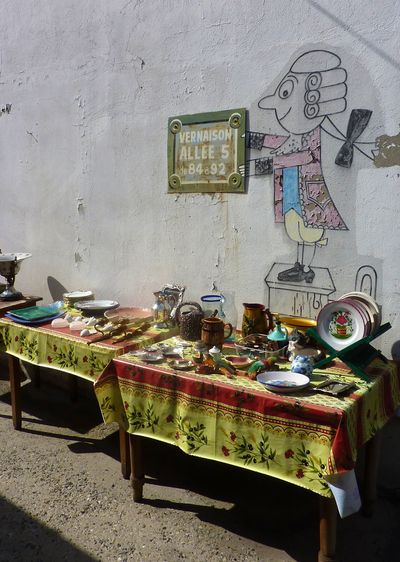 I am ready for the hunt. 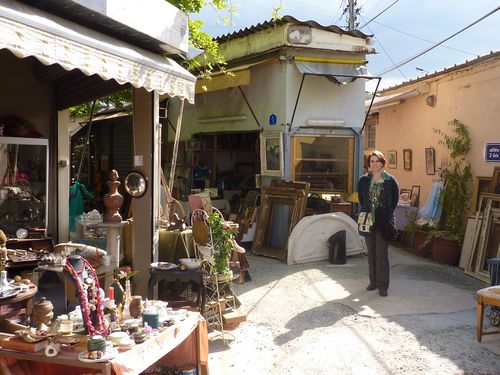 I told D he looks too sophisticated - he is going to hurt my negotiation technique! 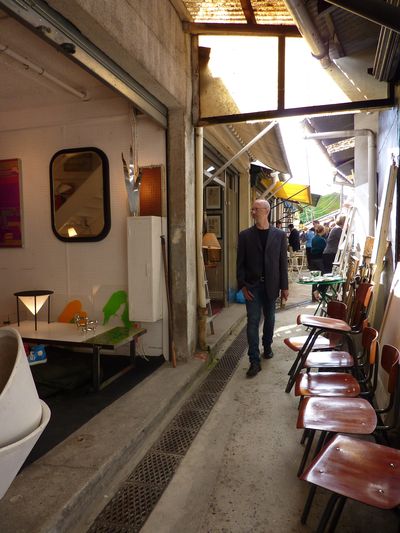 For a more detailed tour of the flea markets and to see all the goodies I bought, hop over to my art blog at Ma Vie Trouvee. 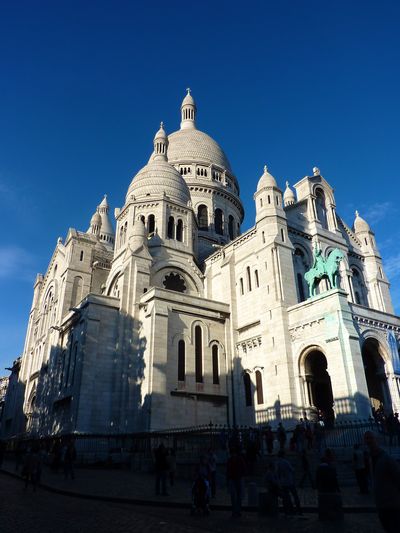 That afternoon Thien, Donald's co-worker in from the US joined us.  He has only been to Paris once so we took him to see MontMartre and the Sacre Coeur.  We had a beautiful evening, in fact, we think this was the best weather we have ever had in Paris! 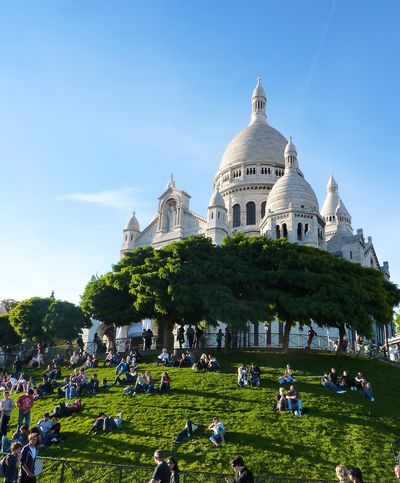 This was a fun street performer. 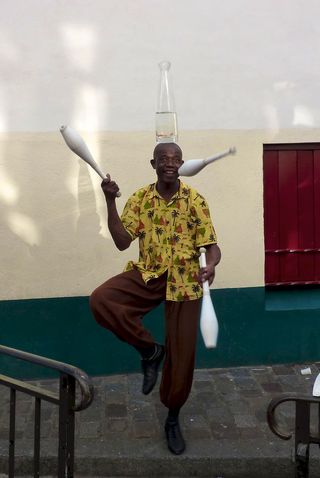 And those were real fish in the glass.  If people tried to take his photo without giving him money he would stop the performance.  But he did it in a fun way. 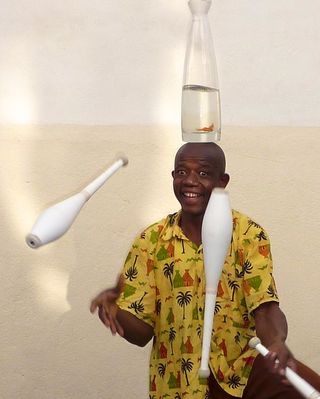 A few photos from our walk.  I really like this one D took in B&W. 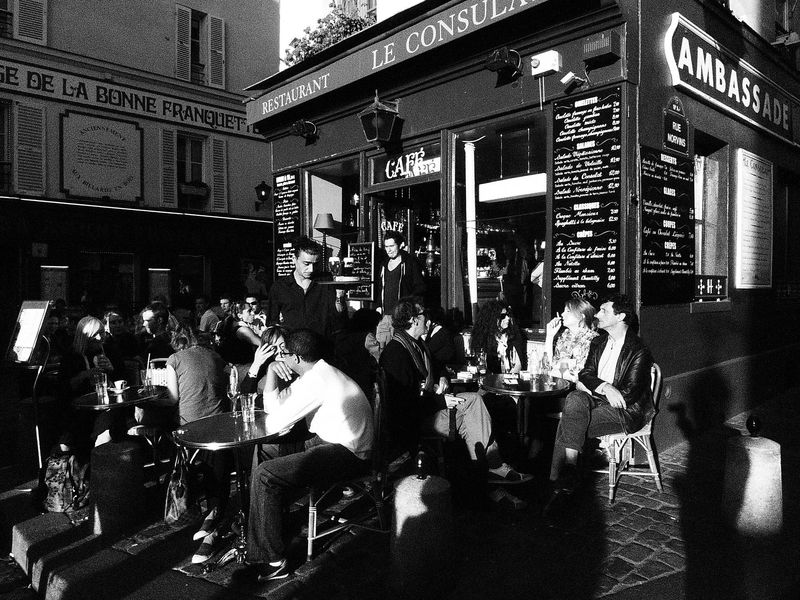 The romantic dream of being an artist in Paris! 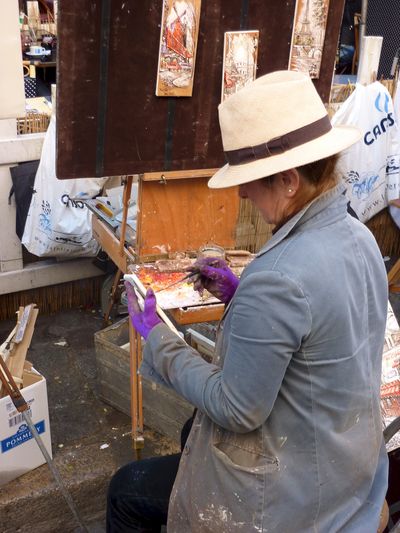 This photo looks like a watercolor painting to me. 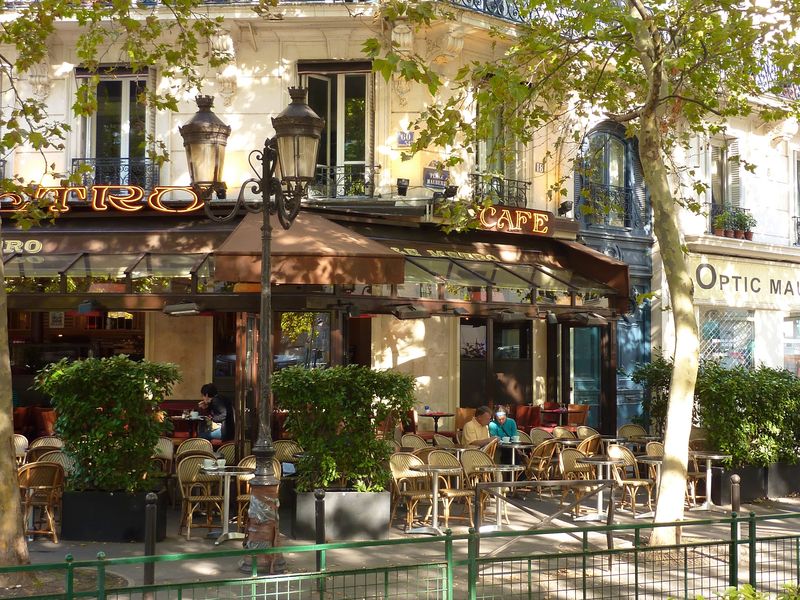 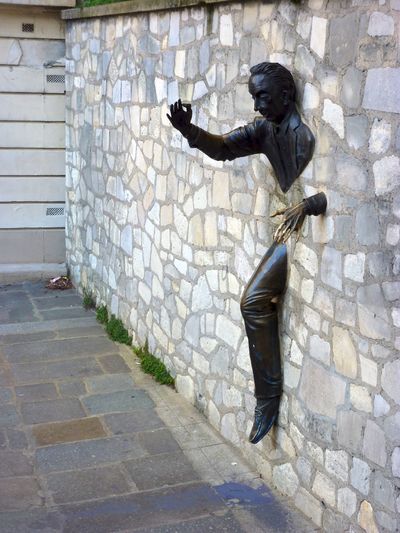 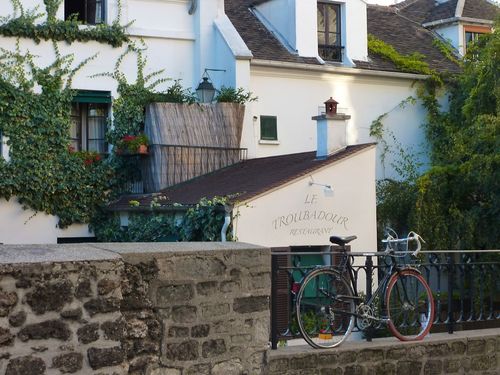 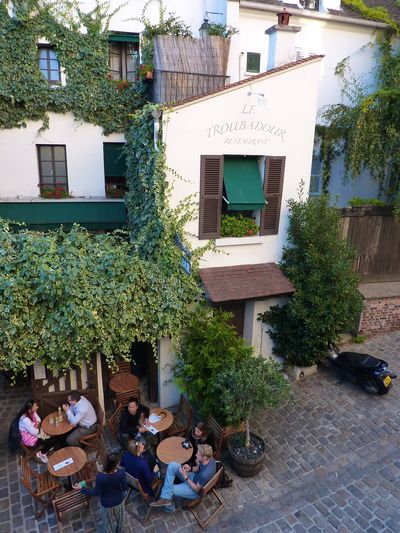 On Sunday there is an artist market. 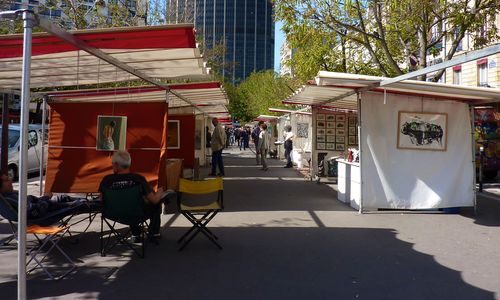 We purchased a photo collage from the artist below.  The one we liked the best was not of Paris, but of Lisbon.  But since we were going to Lisbon the next week - we decided to buy it. 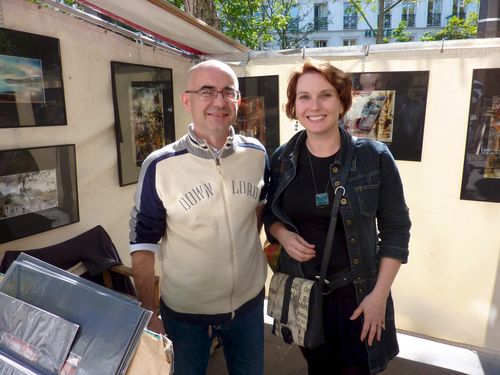 Ahhhh another wonderful time in Paris!