The flower carpet of Brussels occurs every two years and it is made predominately of Begonias with accents of dahlias.

It is very difficult to photograph, as the entire carpet will not fit in the camera lens.  In the photo above we were on the balcony looking down.  D seamed two photos together to create a panoramic view.

Begonias have long been associated with Belgium and have been cultivated in the Ghent region since the 1860's. 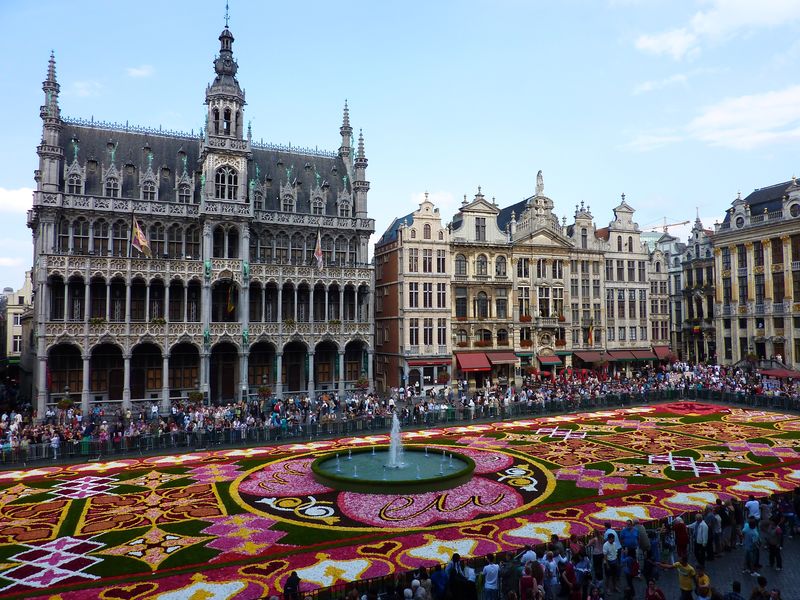 Belgium produces 60 million begonias a year and is recognized as the world's largest producer.  With eighty percent of the crops grown for export. 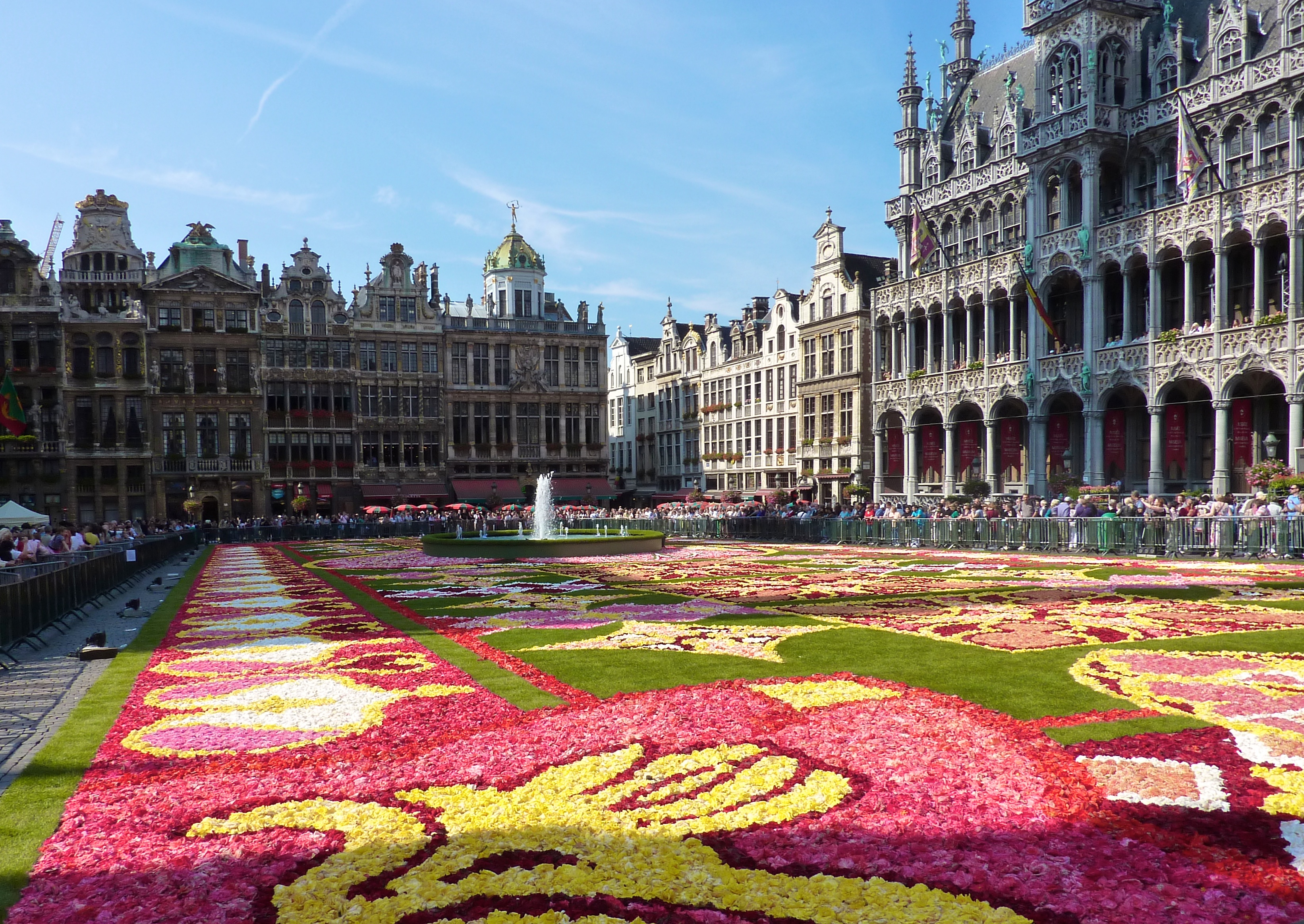 This robust plant is seeded in late January and they bloom all summer long.  The most beautiful blooms are selected to make the famous carpet of flowers. 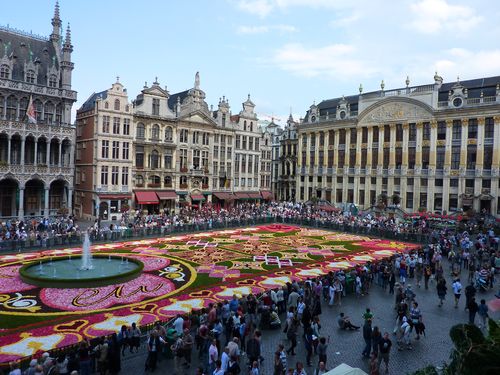 From design to execution, the carpet requires more than twelve months' work from hundred of volunteers.  This year's construction was interrupted twice by rain showers. 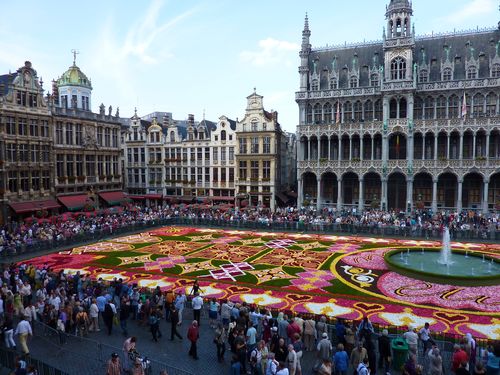 The carpet requires an excess of 300 flowers per square meters, that approximately 700,000 begonias in every hue and shade. 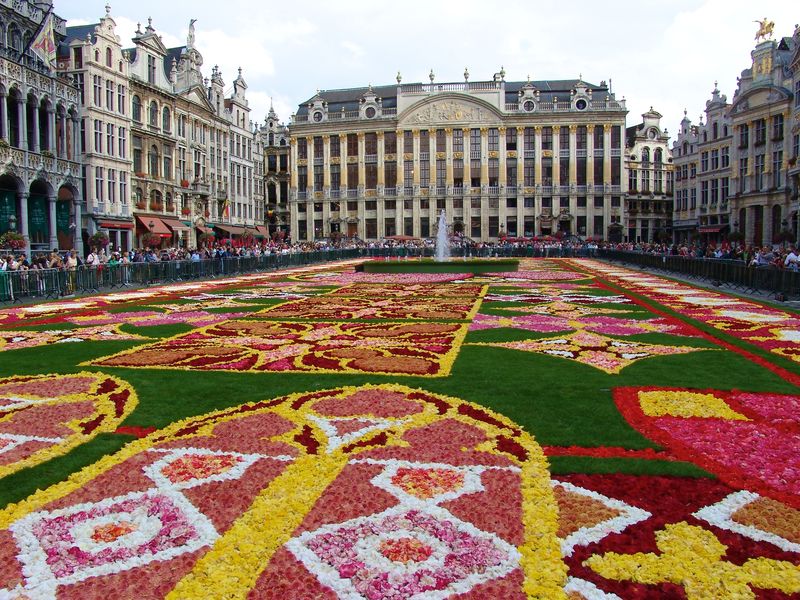 The flowers are packed together one by one.  The only soil used is for the spaces between the floral pattern (where the green grass is).

The first flower carpet was created in Brussels in 1971.  Each year it is based on a theme, with this year's theme honors Belgium holding the Presidency of the Council of the European Union.  The presidency rotates throughout the EU every six months. we were there but your pictures are beautiful. Hope to go back again next year!!