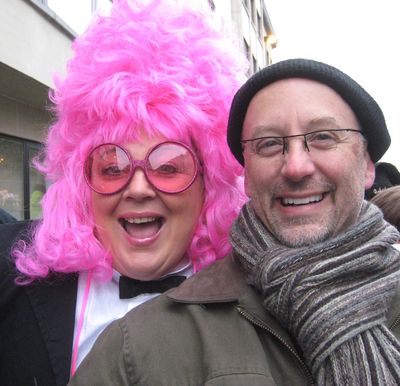 No....that is not me!  It is D's new Carnival friend.  We ventured to Aalst, 19 miles northwest of Brussels, to celebrate Carnival known as the day of the 'Voil Jeannetten' (literally "the Dirty Jennies"), i.e. men dressed as women.   Some of them dressed quite boldly.... 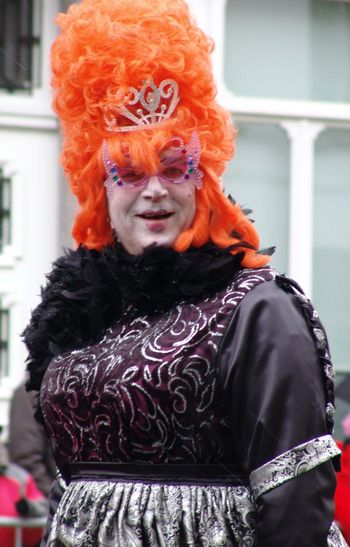 others tried to be pretty..... 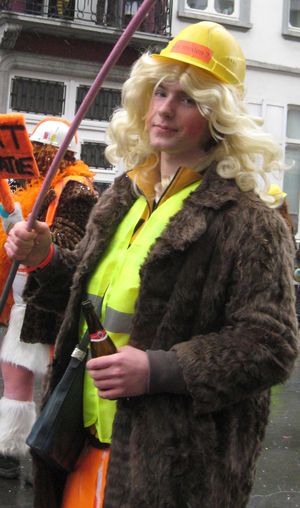 and some were just plain raunchy! 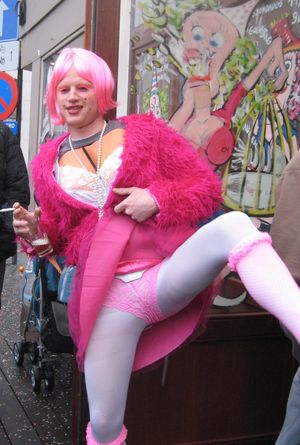 It is held at a time of year to say goodbye to the cold days of winter and welcome the onset of spring, but this year - winter was here to stay.  It was freezing cold and it snowed the entire parade. 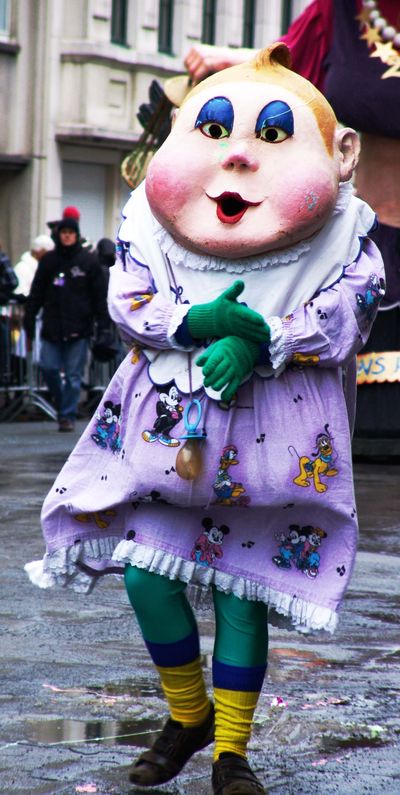 But that did not seem to slow down the partying!  This friendly group shared a glass of their special Belgian Liqueur with us.  Aalst is in the Dutch part of the country. 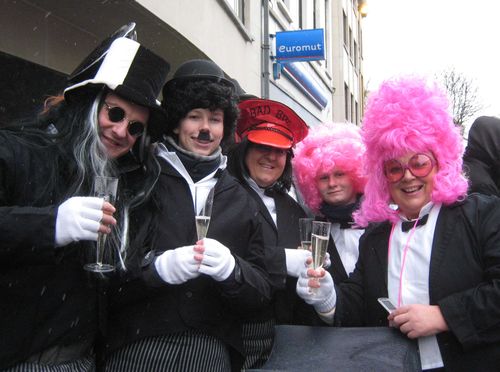 This celebration dates back to the 1400's.  But the parades, events, and parties as they are know today have been going on for 82 years. 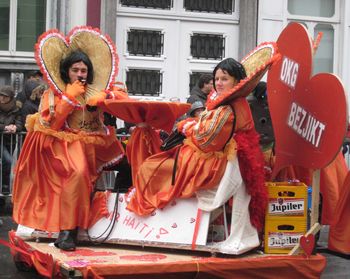 It is said that when it first started, their was no money for costumes, so the men wore their wives old outfits, carried a handbag and an umbrella and pushed a baby buggy.  All of which you still see today.  The baby buggies are now used to store their drinks. 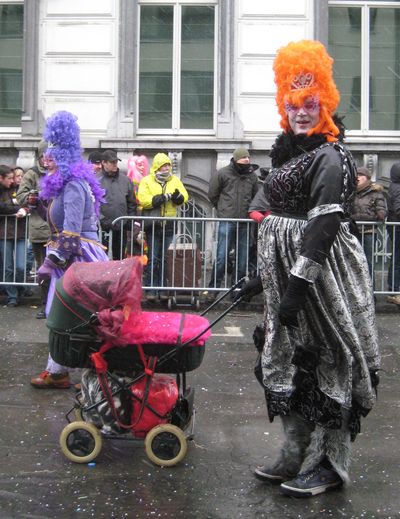 There were several "adjustments" made during the parade - 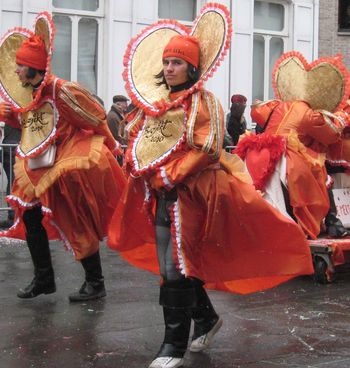 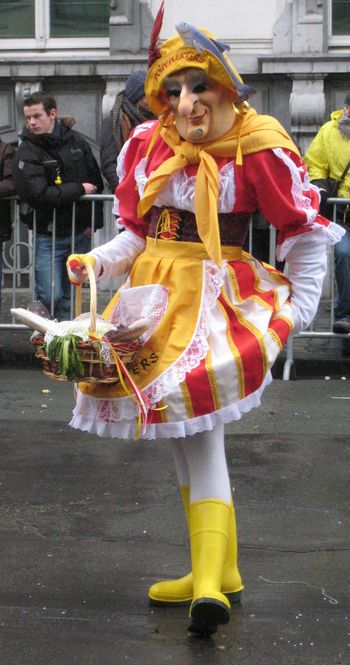 The celebrations last for three days ending on Shrove Tuesday which is the day before Ash Wednesday - 40 days before Easter.

The celebration is a time to "gorge".  The last time you can drink enormous amounts of alcohol, eat tons of candy and meat and do things you should not be doing during lent. 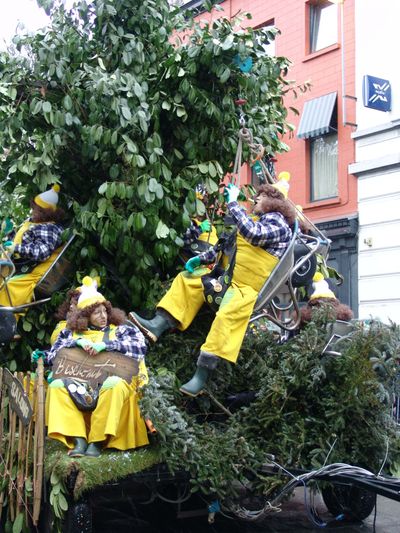 And the people of the parade were certainly doing all of the above! 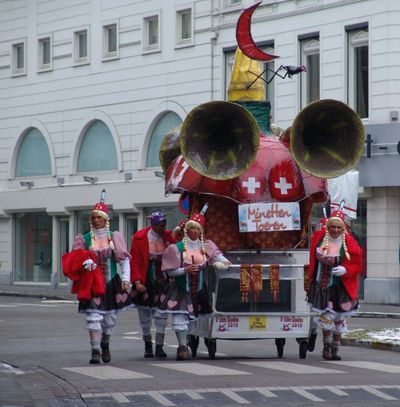 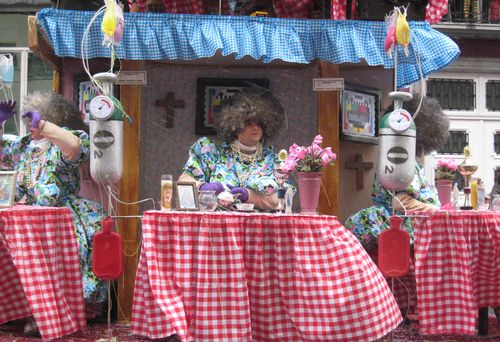 and over 70 floats that wind their way through the street taking seven hours to do so.  It was so cold, we only made it through 4 hours. 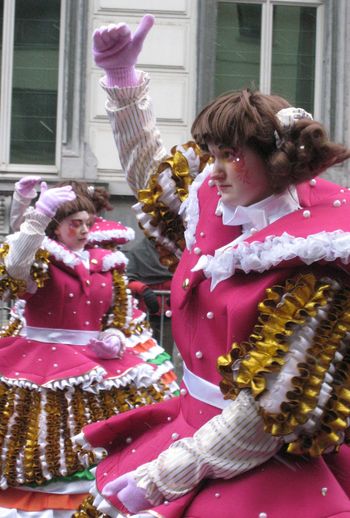 Every year they create new costumes and floats.  They store them in big warehouses where locals work on them all year long.

As we understand it, the theme is an interpretation of the last twelve months’ world and local events, reflected in both their costumes and giant floats. 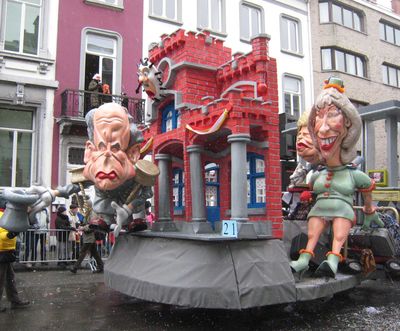 There are over-sized characters from local politics, 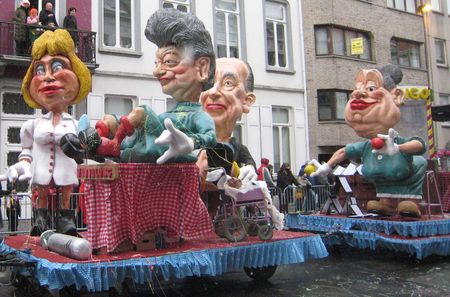 Many of which we did not understand. 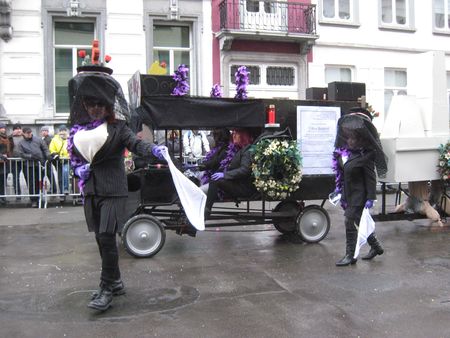 The emphasis of the day is definitely on slapstick comedy.

And men dressing as women. 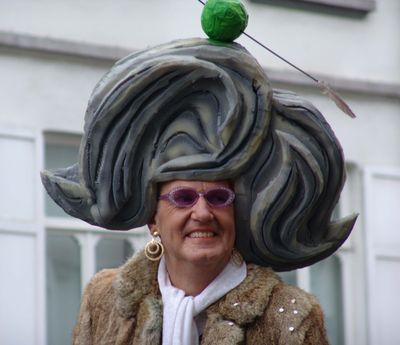 Sometimes it was hard to tell if it really was a man or just an ugly woman...... 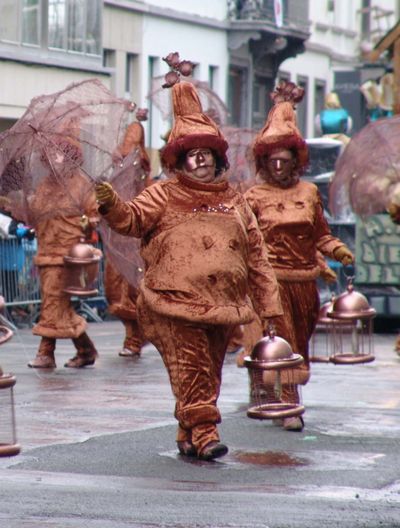 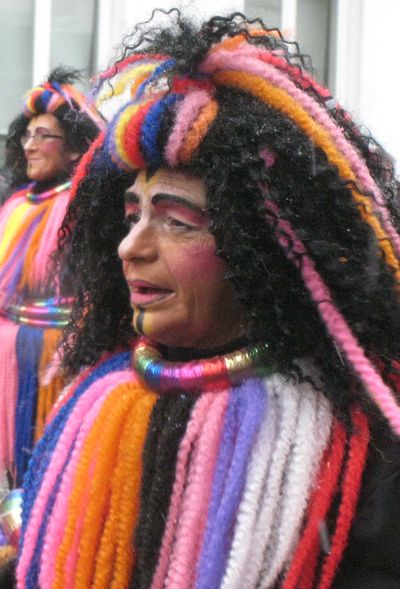 The Gille is a long standing character whose costume is decorated with Belgium symbols; the lions, crowns and stars and in the Belgium colors red, yellow and black.  He throws oranges into the crowd. 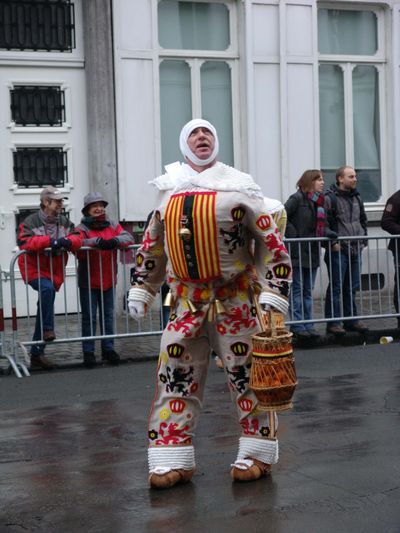 They also throw onions on Monday.  The people of Aalst are nicknamed ajuinen by their fellow Belgians because of the large number of onion farms that once covered the region. 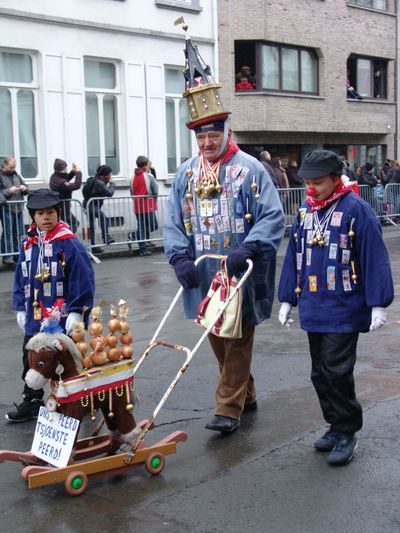 The festivities traditionally end with the "Burning of the Doll", happening on Tuesday evening.  This ritual is meant to represent the burning of the spirit of winter.

Believe it or not, this Parade is on the UNESCO World Heritage List.