We were in Paris for five days for the Paris Air Show, which happens every two years.  This is the first time D has attended.  The event is geared mainly towards military and commercial sales. 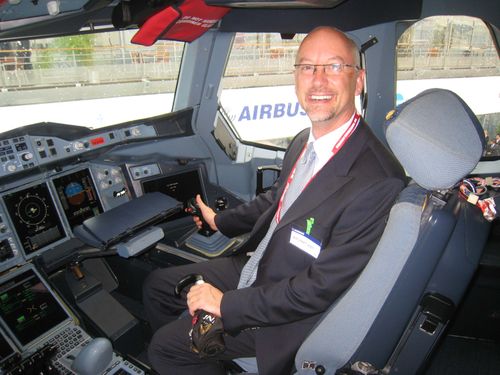 The A380 is the world's largest passenger plane.  The cabin has 50% more floor space then the next largest plane (the 747-400) and holds 525 people in the typical three class configuration. 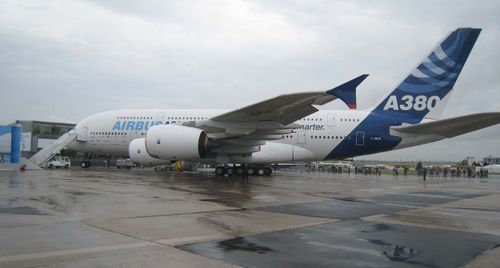 It is a four engine, double decker, wide body.  Yep, that IS a pretty wide body!  Later in the day the A380 flew a demo flight which D said was unbelievably quiet for such a large beast!. 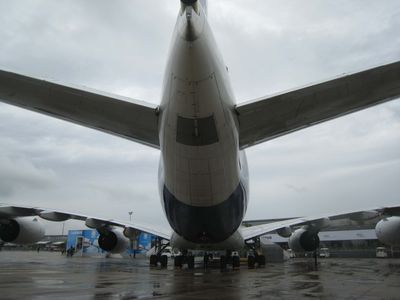 The next day, D was off very early (7 am) for a day crammed with meetings.  Between the meetings, he was able to catch the F18's demonstration.  As I mentioned, the Paris Air Show is geared towards the military so their flight demos are much more extreme than a normal air show. The F18 fighter jet was his favorite.  It has the ability to come to an almost complete stop mid-air.   We did not take the photo above, but I wanted to show what one looked like.

And......What did I do while D played with planes?  I wandered the city, shopped, and enjoyed a lovely meal at an outdoor cafe with a little glass of wine! 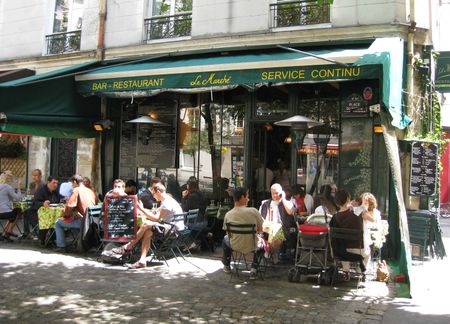 I was invited to attend day two's evening event - a cocktail reception at the Louvre!  How cool is that?  We we not sure I would be invited to any of the events, but luckily I packed a black dress just in case. 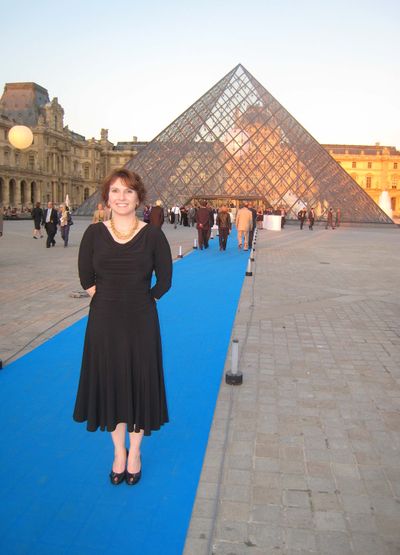 It was an invitation only event and the Louvre was closed to the general public. 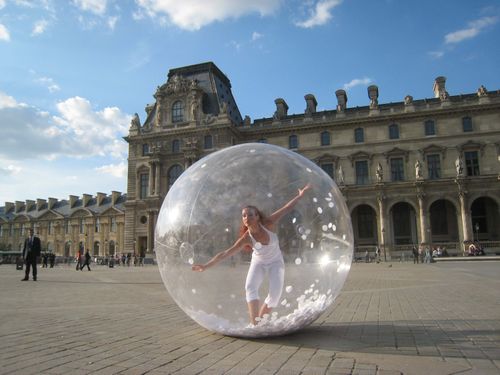 It was a beautiful evening.  At the entrance they had the dancing girls in a bubble. 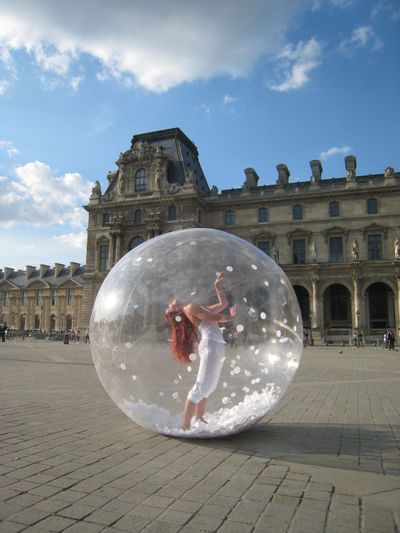 This must be the hot new event "thing" as Brussels had bubble dancers at the Iris festival a few weeks ago.  Very fun to see in person. 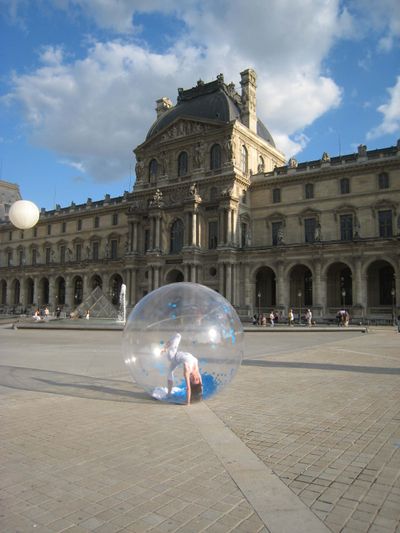 The reception took place in the grand entrance of the Louvre.  They had open bars everywhere and all kinds of fancy appetizers.  My favorite was the crab meat in an avocado sauce served in a martini glass.

Me, lost in the crowd! 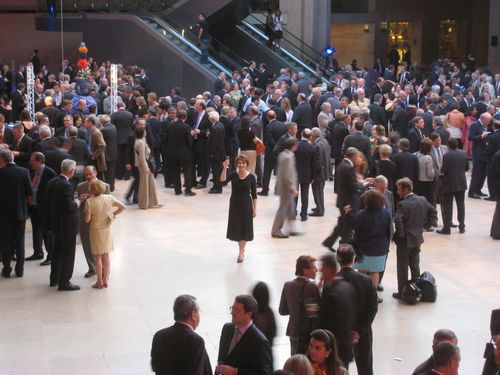 It is amazing how late it stays light in Paris and Brussels.  This photo was taken at 9 PM and it looks like early afternoon. 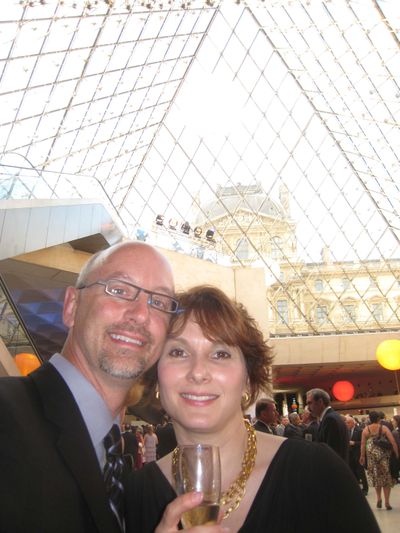 We were allowed to walk and see the Mona Lisa (look closely she is behind us).  We were not allowed to take our drinks in that section.  I wanted my photo having a glass of champagne with the Mona Lisa. 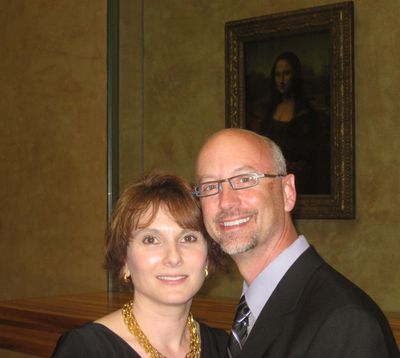 The main hall leading up to the Mona Lisa. 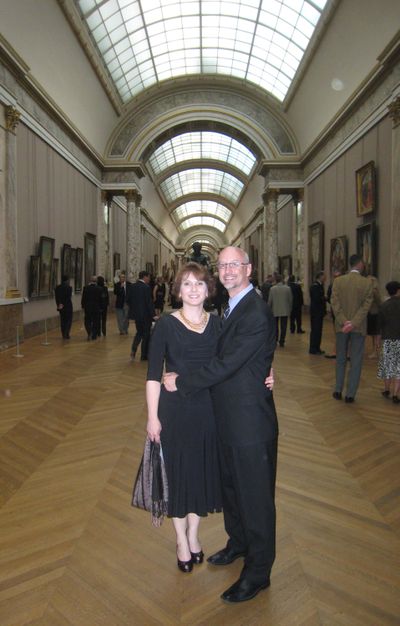 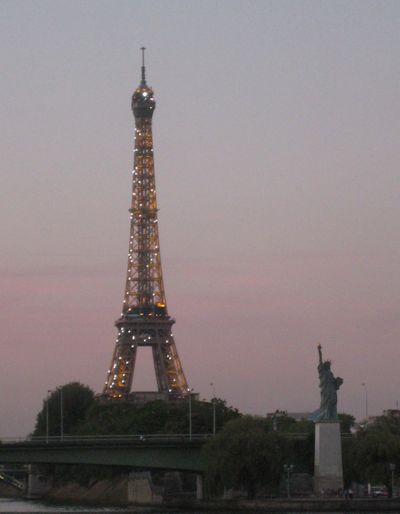 This shot was taken as we were driving.  I really like the feel it gives the Eiffel Tower. 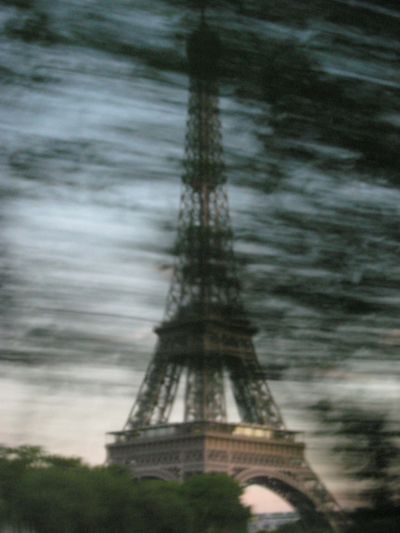 This shot is for Tammy and all you Lady Di fans out there.  This is the road leading into the infamous tunnel..... 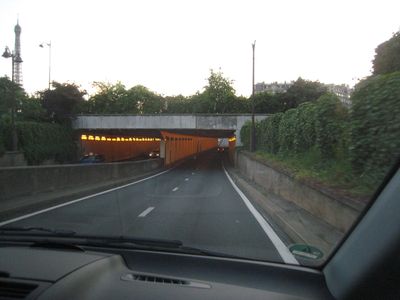 and here we are in the tunnel at the point of the curve where the deadly accident occurred.  Very sad. 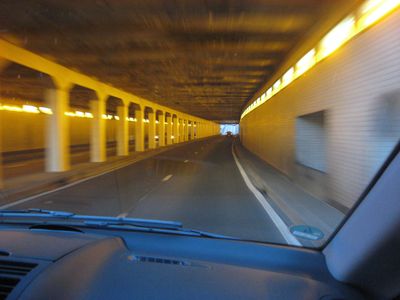 A few photos of the Sacre Coeur in Montmartre, which was built at the end of the 19th century. 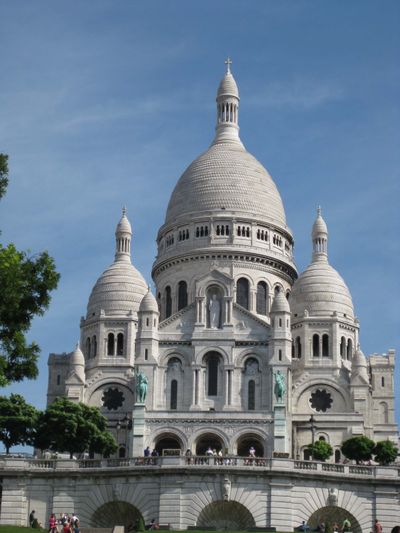 Many famous painters have featured it in their art. 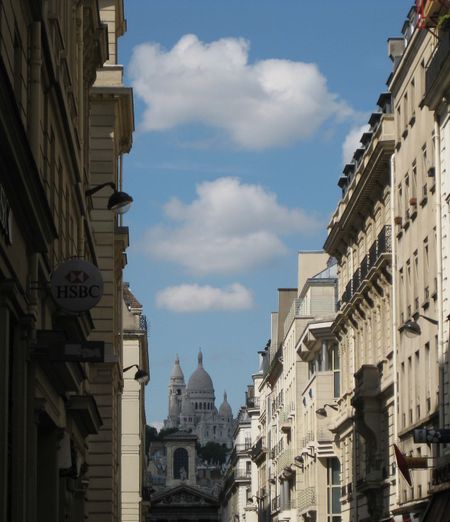 Our hotel was just down the street.  This is a different part of the city from where we usually stay. 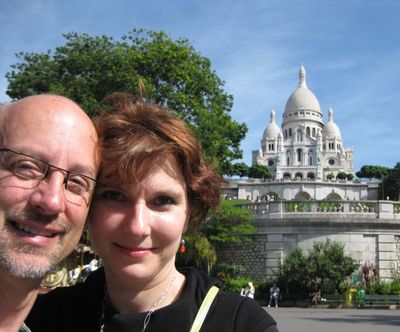 Remember the big bunnies from the restaurant in Belgium?  Well they hopped on over to Paris for an appearance. A carousel in the city. 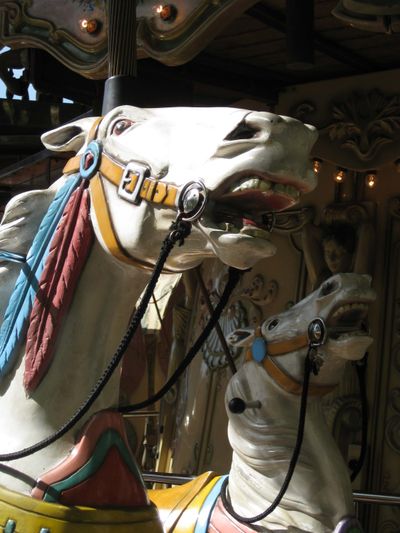 The final day, we ate at a sweet little french cafe. 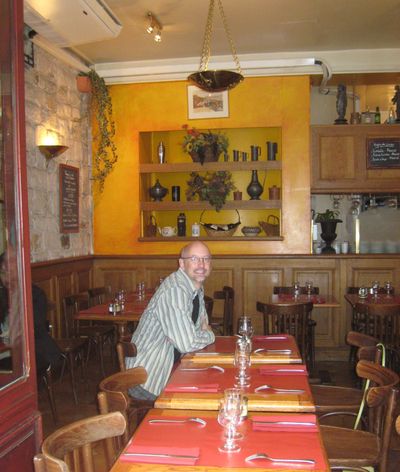 And last but not least....the ice cream photo!  This had to be the most beautiful, unique cone we have ever had.  Look closely and you can see the flower they created by scooping the second flavor around the first to create a flower.  Ice cream was excellent as well.

Off to the US for two weeks.  Next trip...Provence for the Lavender. in bloom.