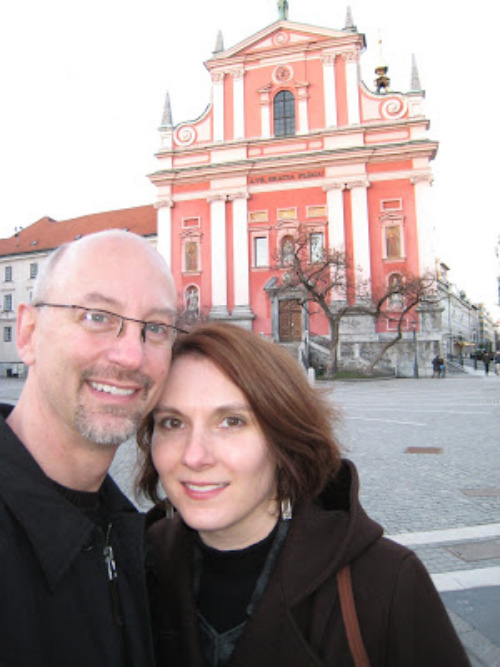 Greetings from Ljubljana, Slovenia!
Slovenia is a small country nestled between Italy, Austria, Hungary and Croatia. As such, it should be regarded as a central European country and although the population is Slavic, historically it has always seen itself as a part of the 'west'. The population numbers around 2 million, 300,000 of whom live in the capital, Ljubljana. The people are very friendly throughout the country.  Slovenia is a member state of the EU. Historical and cultural influences are a mixture of Germanic, Italian and Hungarian. The language is Slovene, a Slavic language somewhere between Czech and Serbian. But English was widely spoken.
Saturday was a picture perfect day so we hopped on the bus for an hour ride north of the city to Lake Bled. Lake Bled is a popular tourist area for Slovenian and international travelers and was the summer home of former Yugoslav president Josip Tito. 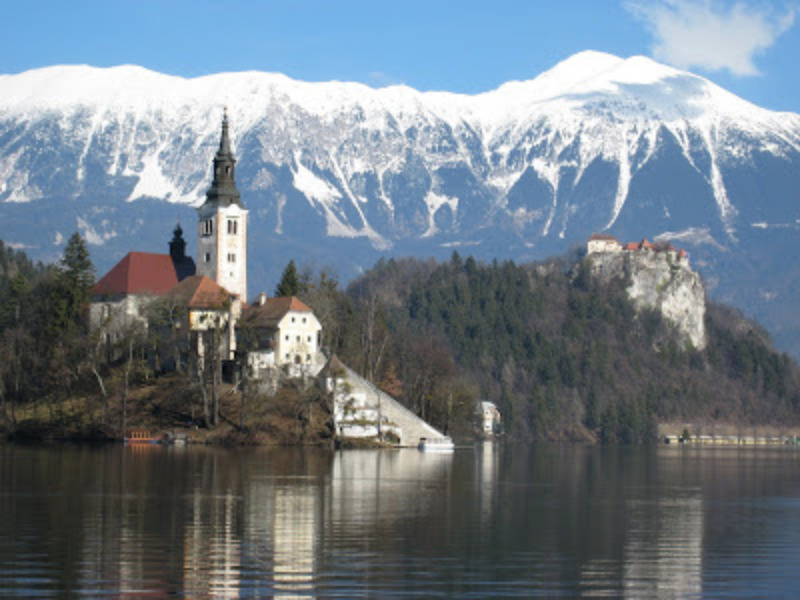 The whole area looked like something out of a fairy tale. 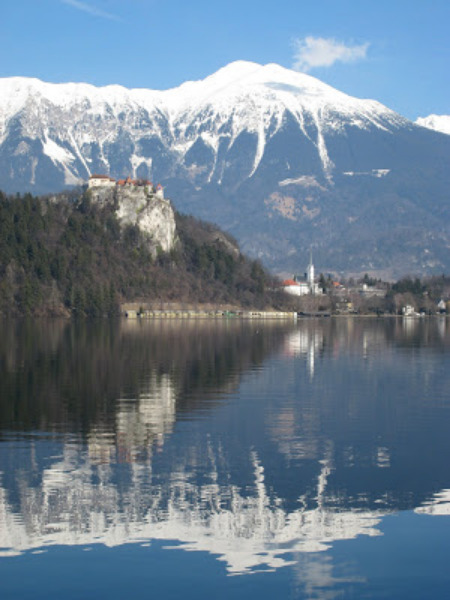 Bled Castle, is built on a cliff overlooking the lake, and is one of the oldest castles in Slovenia, dating back to the 11th century. Looking at this - who thinks it looks like it would be impossible to climb the side to get to the top? 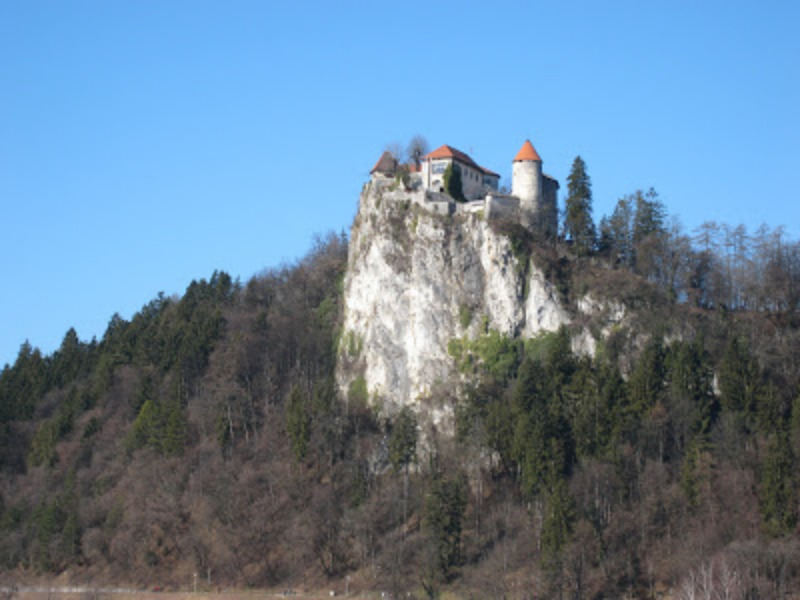 NOT donald! Actual photo of me climbing down from a grueling climb UP to the castle.  Note the look on the face.....someone is NOT happy, but looking fashionable for a mountain climb! If you have never seen mistletoe growing live, it grows wild and in balls in trees. We found a friend in Bled....the cream cake: Kremsnite. Cream cakes are a symbol of Bled cuisine, which have been well-known to visitors for decades. This light dessert (pictured above) is available in practically every patisserie, coffee house and restaurant. Another friend was the Gibanica, a traditional Slovenian pastry that is either rolled or layered, and can contain a combination of raisins, cottage cheese, poppy seeds, nuts, or apples. Gibanica, or versions of gibanica, are also prepared in other Southeastern European countries like Serbia and Bosnia and Herzegovina.

We spent the weekend exploring the city.  It had a lot of art Nouveau architecture and interesting sculptures.  This was a door on a church.  The most fascinating door we have ever seen. Horse is a popular dish here and is served in very fancy restaurants, on pizza and as burgers.  Donald wanted to try it, but per my request, did not. A few more photos that show the culture and colors of Ljubjana. 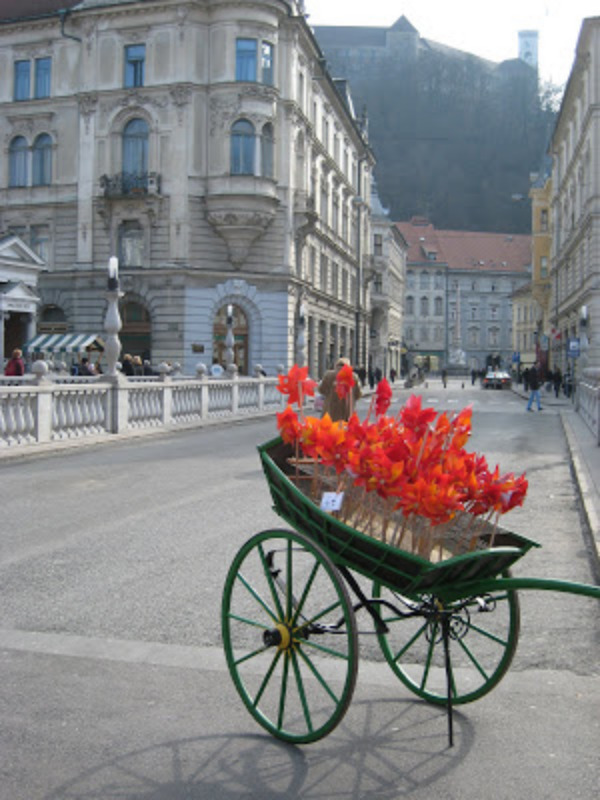 We enjoyed our visit and would like to return and explore different parts of Slovenia.